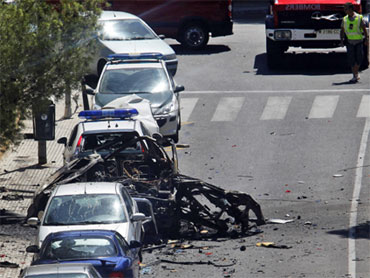 Paul Jackson won a contest to design the tails side of Missouri's new state quarter. His design, featuring explorers Lewis and Clark canoeing down the Mississippi with the St. Louis Arch in the background, won over the hearts of state residents who voted in the contest.

But Jackson says he soon learned that the U.S. Mint had no intention of allowing the design on the backs of Missouri quarters. So he and supporting artists began a campaign to spread the word. Jackson's design was printed onto stickers, which were applied to 100,000 quarters in his home state.

Jackson spoke with CBS News Up To The Minute about his design, the contest, and why he feels short-changed by the U.S. Mint.