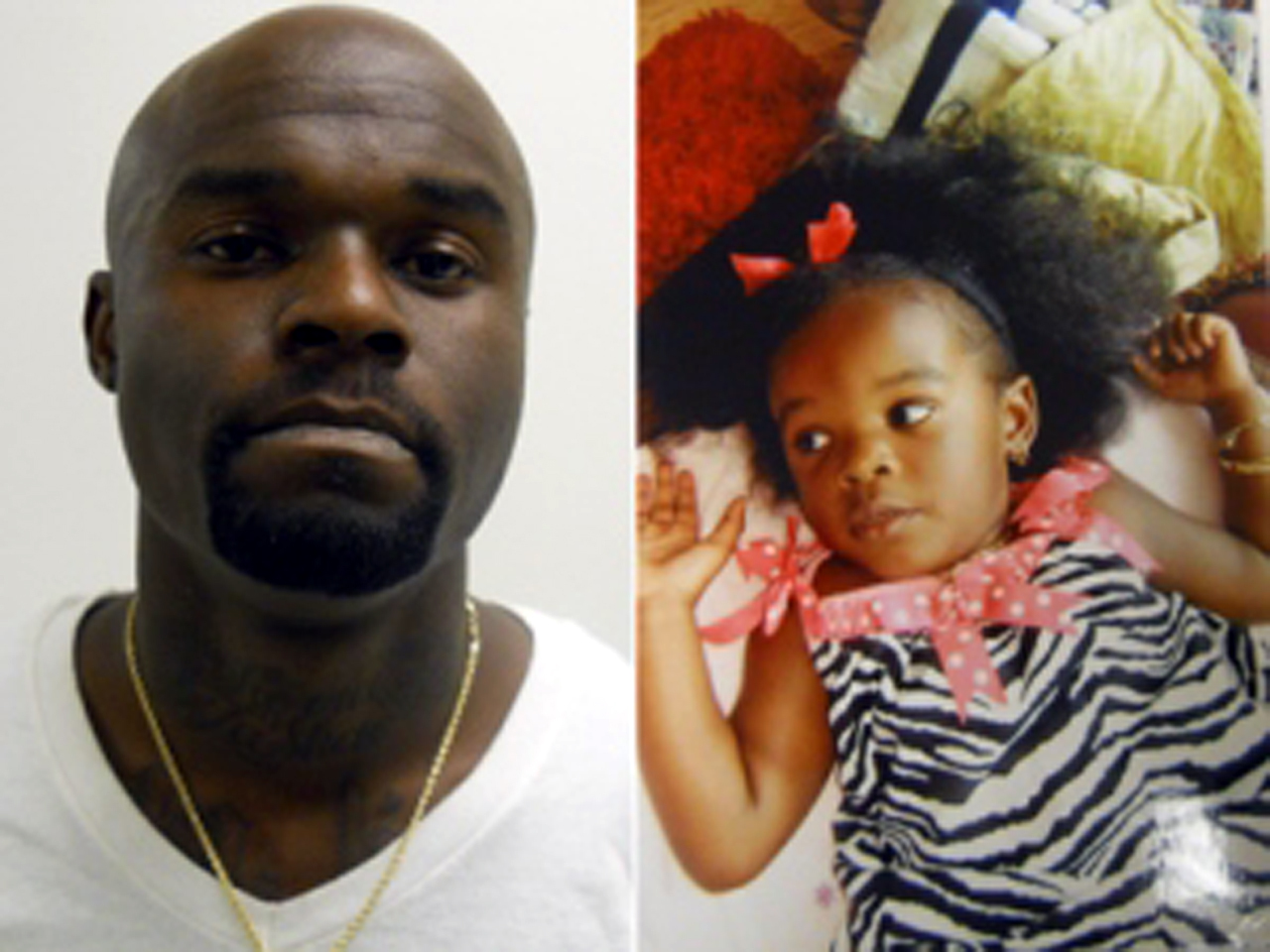 (CBS/AP) - Authorities say the father of Tierra Morgan, who was found face down in a stream Tuesday, has been charged with her murder.

CBS New York reports that after an autopsy conducted Wednesday, the death has been ruled a homicide and her 27-year-old father Arthur Morgan III has been charged with murder.  His current location is unknown, police are contiuning the manhunt.

The two-year-old Morgan was discovered face down in a stream still strapped in a car seat inside Shark River Park in Neptune, New Jersey. Three teenagers stumbled upon her body while walking home from school.

Monmouth County Prosecutor Peter Warshaw announced the cause of death was determined to be homicidal violence with submersion in water.

"This is an unspeakably awful tragedy," he said. "It appears to be senseless and without reason."

Warshaw would not conclude whether authorities think the girl was thrown from a vehicle into the creek, or whether she was carried into the park and placed in the water.

Her father was last seen on a train platform at the Asbury Park station Monday night, the prosecutor said.

Law enforcement officials think Morgan may have left the state. Investigators say the 2-year-old was last seen with Morgan Monday afternoon when he picked her up from a court-ordered visit. He never took her back.

There are 13 law enforcement agencies helping in the case, including local police and various transit police departments and the FBI. Warshaw says police are doing everything in their power to locate the suspect.