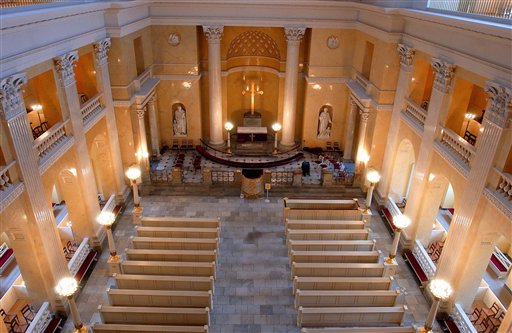 One of the most potent lineups in baseball did not faze Rolando Arrojo.

The Tampa Bay rookie won his eighth game, reaching the mark faster than any pitcher for a first-year expansion team, by shutting down the Texas Rangers 4-1 Monday night.

Arrojo allowed four hits, struck out a season-high nine and walked one in seven innings to win for the sixth time in his last seven starts.

"I'm not going to put him in the Hall of Fame tonight," Texas manager Johnny Oates said of the former Cuban national team star.

"I might vote him rookie of the year, but I want to want to see him pitch two or three more times. ... He threw the ball very well, and looked like he had a good idea of what he wanted to do."

Quinton McCracken had his eighth three-hit game of the season, including a three-run homer that broke up a scoreless duel between Arrojo (8-3) and John Burkett (3-5) in the fifth inning.

By getting his eighth victory in Tampa Bay's 55th game, Arrojo became the quickest pitcher to get that many during a team's inaugural season. Florida's Chris Hammond won his eighth in the Marlins' 70th game in 1993.

"It was a very, very special day for me because Osvaldo Hernandez, my teammate in Cuba, came from Miami to see me pitch," Arrojo said through an interpreter. "It was very exciting. I dedicated the game to Osvaldo."

Roberto Hernandez got four outs for his 11th save. The Rangers finished with five hits, three by Rusty Greer.

It was the 10th straight scoreless appearance for Hernandez, who struggled early in April but has since converted nine consecutive save opportunities.

Nevertheless, the Devil Rays closer said Arrojo was the pitcher who deserved a pat on the back a day after Tampa Bay gave up six homers in an 11-6 loss to Seattle.

"He's getting better and better, and we needed a performance like that after what we went through yesterday," Hernandez said. "We needed at least seven innings out of him to be able to control a lineup like Texas ... It was a great job, outstanding."

Rothschild was tossed after Miguel Cairo took a third called strike in the first inning. Martinez, who had to be restrained by Devil Rays coaches Frank Howard and Billy Hatcher, then exchanged words with Brinkman and was ejected, too.

Arrojo, bothered by back spasms and biceps soreness in his previous twstarts, lost his shutout in the sixth when he hit Tom Goodwin with a pitch, Greer doubled and Juan Gonzalez grounded out for his major league-leading 72nd RBI.

Gonzalez, who homered twice in each of his previous two games, hit four foul balls two of them long drives into the left field stands before grounding to third to drive in Goodwin.

Cairo added an RBI single in the eighth.

Notes: Texas first baseman Will Clark returned to the lineup after missing three games to attend to personal business. ... Shortstop Kevin Stocker has missed three of Tampa Bay's last four games because of tendinitis in his right knee. ... Fred McGriff has gone 28 games, a stretch of 106 at-bats, without a home run. He did not hit a homer in May, the first time in his 12-year career that he's had a month with no homers. ... Rothschild was ejected for the second time this season, leaving Howard in charge of the team. ... Winn replaced Martinez in right field and had two hits ... Rangers shortstop Kevin Elster left the game in the eighth inning after hurting his left shoulder when he dove to try to cut off Cairo's RBI single. Oates said Elster had full range of motion but would be re-evaluated on Tuesday ... Texas announced after the game that right-handed pitcher Travis Hughes, a 19th-round draft pick in 1997, had signed a contract.