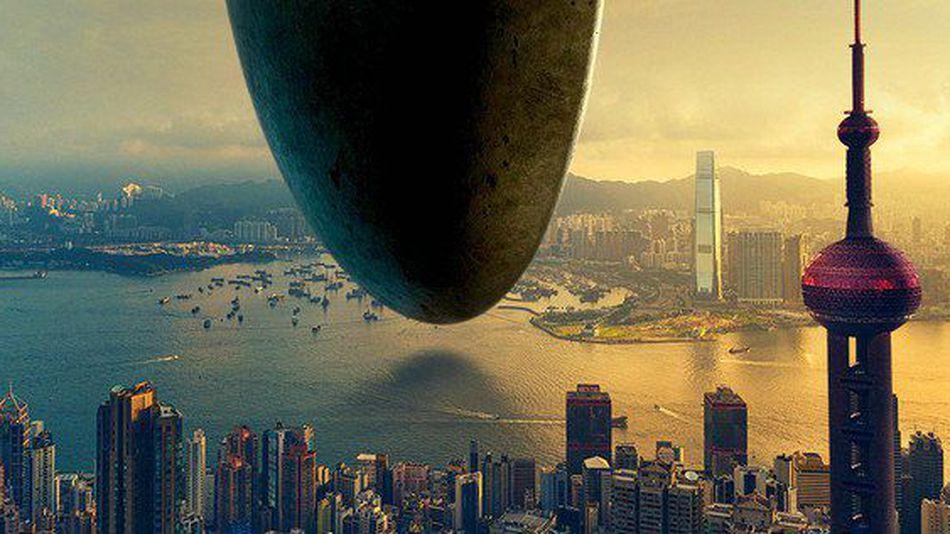 Do you notice anything out of place in this movie poster for the upcoming Sci-Fi flick, “Arrival”?

Hint: The answer is not the massive alien spaceship hovering over Hong Kong’s Victoria Harbour -- though, admittedly, it’s not every day you’d see one of those. Rather, the problem lies in the tallest building pictured, at the very right of the poster.

That distinctive landmark is known as the Oriental Pearl tower. It’s very famous. It’s very iconic. And it stands tall in the Chinese city of Shanghai, not Hong Kong.

So, how did the structure end up in a poster of Hong Kong?

“Arrival,” like countless other big movie blockbusters, is about an alien invasion of Earth. However, it’s unique in that it centers around a female linguist -- played by Amy Adams -- who is sent into the mysterious alien spacecrafts which have touched down in cities around the globe, in an attempt to decipher the aliens’ language and, thus, communicate with them.

Paramount Pictures began marketing the sci-fi drama this summer by releasing 12 posters, showing the alien ships hovering over different, recognizable locations around the world, with the slogan, “Why are they here?”

Angry Facebook and Twitter users who spotted the out-of-place skyscraper immediately took to social media, using the evergreen geopolitical hashtag #HongKongIsNotChina, to accuse the poster’s creator of pushing its own political agenda.

Now, the studio is blaming the error in this particular poster on the third-party vendor who made it.

The movie studio, for its part, has now deleted the controversial image from the film’s official Facebook page, hoping the social media storm will simply blow over. In the meantime, they’ve pinned the “Arrival” trailer to the top of their page with the caption, “Language is the first weapon drawn in a conflict.“

On the contrary, in this conflict at least, imagery was the first weapon drawn.