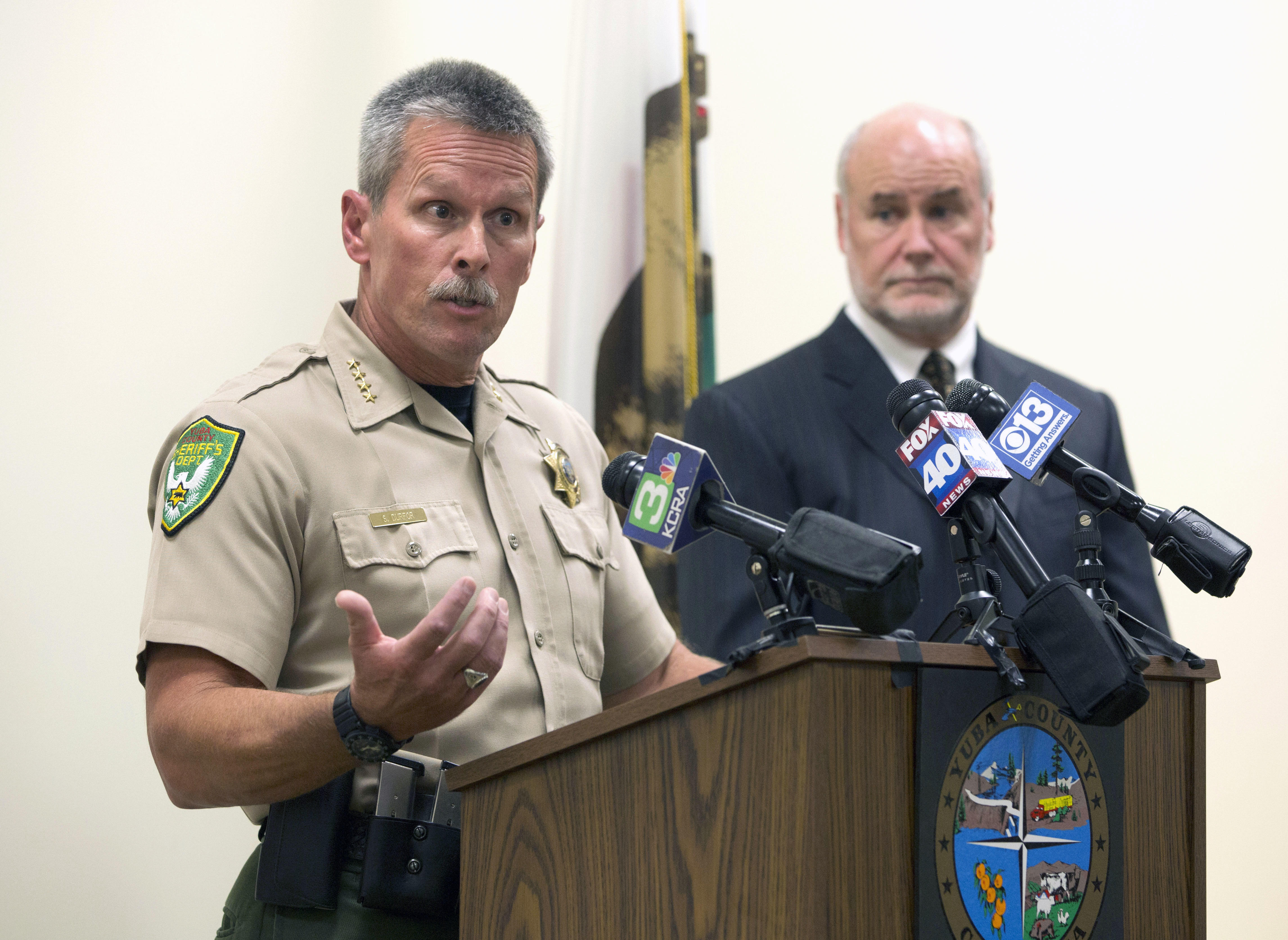 MARYSVILLE, Calif. -- Decades-old DNA led to the arrests Tuesday of two men in connection with the shotgun slayings of two girls in California more than 40 years ago, authorities said.

They arrested one suspect in Oklahoma and another in California after comparing their DNA with semen from both men found on one of the victims, 13-year-old Doris Karen Derryberry.

She and 12-year-old Valerie Janice Lane, both of Olivehurst, California, were reported missing by their mothers on Nov. 12, 1973, after they failed to return from a shopping mall in nearby Linda that the girls had visited the previous day.

A few hours later, the Yuba County Sheriff’s Department was notified that the bodies of two girls had been found alongside a dirt road in a wooded area near Marysville, north of Sacramento, where they had been shot at close range with a shotgun, Sheriff Steve Durfor said.

Arrested Tuesday were two 65-year-old cousins, Larry Don Patterson of Oakhurst, Oklahoma, and William Lloyd Harbour of Olivehurst, California. Both were age 22 at the time and living in Olivehurst, a small agricultural town in California’s Central Valley.

Durfor said both have since served prison sentences that resulted in their DNA being collected: Harbour for drug offenses in 1997 and 2003, and Patterson for a 1976 arrest on charges of raping two adult women in Chico, also in northern California. Patterson also had a 2006 arrest for failing to register as a sex offender, Durfor said.

The families “have endured decades of suffering and grief for not knowing who was responsible for the brutal murder of their loved ones,” Durfor said. They were informed in a meeting Tuesday and requested privacy, officials said.

Some of the family members are now elderly and “have waited for something for 43 years for an answer as to what happened to their kids,” Yuba County District Attorney Patrick McGrath said.

The girls’ slayings made headlines around the nation at a time when such killings seemed rare, McGrath said. Both men will face murder charges, he said.

The homicide case remained an active investigation until 1976, when the case went cold following more than 60 interviews but no successful leads, authorities said.

But investigators meticulously preserved their evidence, Durfor said, and in March 2014 Yuba County investigators reviewed the case for evidence that could be retested with newer technology. Evidence collected during the original investigation was reviewed and submitted to the California Department of Justice Forensic Labs for analysis.

That December, testing revealed that DNA evidence was matched and identified the two men as suspects.

It took more time to reopen an investigation so old that several of the investigators and the pathologist who conducted the autopsy have since died, McGrath said. They then had to locate Patterson, who is being held as an unregistered sex offender while he awaits an extradition hearing.

“We literally were looking in five different states,” he said.

Patterson was being held in the local jail on multiple charges involving the deaths, said Tommy Roberts, the supervisory deputy U.S. marshal in Tulsa.