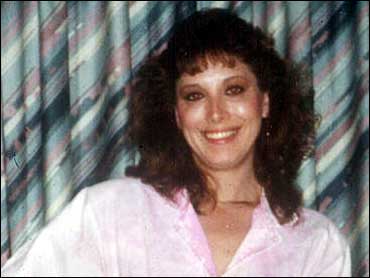 An escaped inmate wanted in a multistate crime spree was captured in Indiana, but a woman he is suspected of abducting remained missing Thursday.

Chadrick E. Fulks, 25, was arrested Wednesday afternoon after he came out of his brother's house in this northern Indiana city and got into a car. He was caught by a police officer after a short chase on foot.

The car belonging to the missing South Carolina woman, 44-year-old Alice Donovan, was found near Goshen later Wednesday. But FBI spokeswoman Kathy Guider said there was no evidence she is in Indiana, and FBI agent Tom VanWormer said it was unclear whether authorities were any closer to finding her.

Federal agents had notified Goshen officials that Fulks might be headed there because his father and brother live in the area.

Fulks' brother and a woman driving the car were being questioned, and agents were checking the car and home for clues.

Fulks and L. Branden Basham, 21, broke out of the Hopkins County jail in Kentucky on Nov. 4. Basham was captured Sunday in Kentucky.

Authorities said the two kidnapped Donovan on Nov. 14 from a Wal-Mart parking lot in Conway, S.C. Police said her ATM card had been used near Raleigh, N.C., last week.

They are also suspected of abducting a 42-year-old Kentucky man, James Hawkins, on Nov. 6 and leaving him tied to a tree in southern Indiana. Hawkins, tied with duct tape and electrical cord, freed himself after struggling for 14 hours.

Authorities hoped that Donovan also was tied to a tree somewhere, and were concentrating their search on the area she was last seen, near Shallotte, N.C. Searchers used helicopters and foot teams Thursday to comb a wooded, swampy spot.

Donovan and the two suspects were seen in the North Carolina county the afternoon of Nov. 14, about 1½ hours after she was abducted. Later that evening, the suspects and her car were seen in South Carolina, and investigators don't believe Donovan was with them at that time.

Donovan's last conversation with family members came about two hours after she was abducted. She called her daughter but didn't mention being kidnapped, said Donovan's sister July Ezell, of Wiley, Colo. "She told her 'I love you' and that was pretty much it," Ezell said.

Basham was arrested Sunday after allegedly trying to hijack a car at an Ashland, Ky., mall. Without elaborating, Kentucky police said Basham's arrest yielded "a lot of leads" in the search for Donovan.

At the time of the escape, Basham was serving a five-year sentence for writing a bad check. He had broken out of the same jail in February but was quickly caught.

Fulks was scheduled to be arraigned Thursday afternoon in South Bend before U.S. Magistrate Judge Christopher A. Nuechterlein.