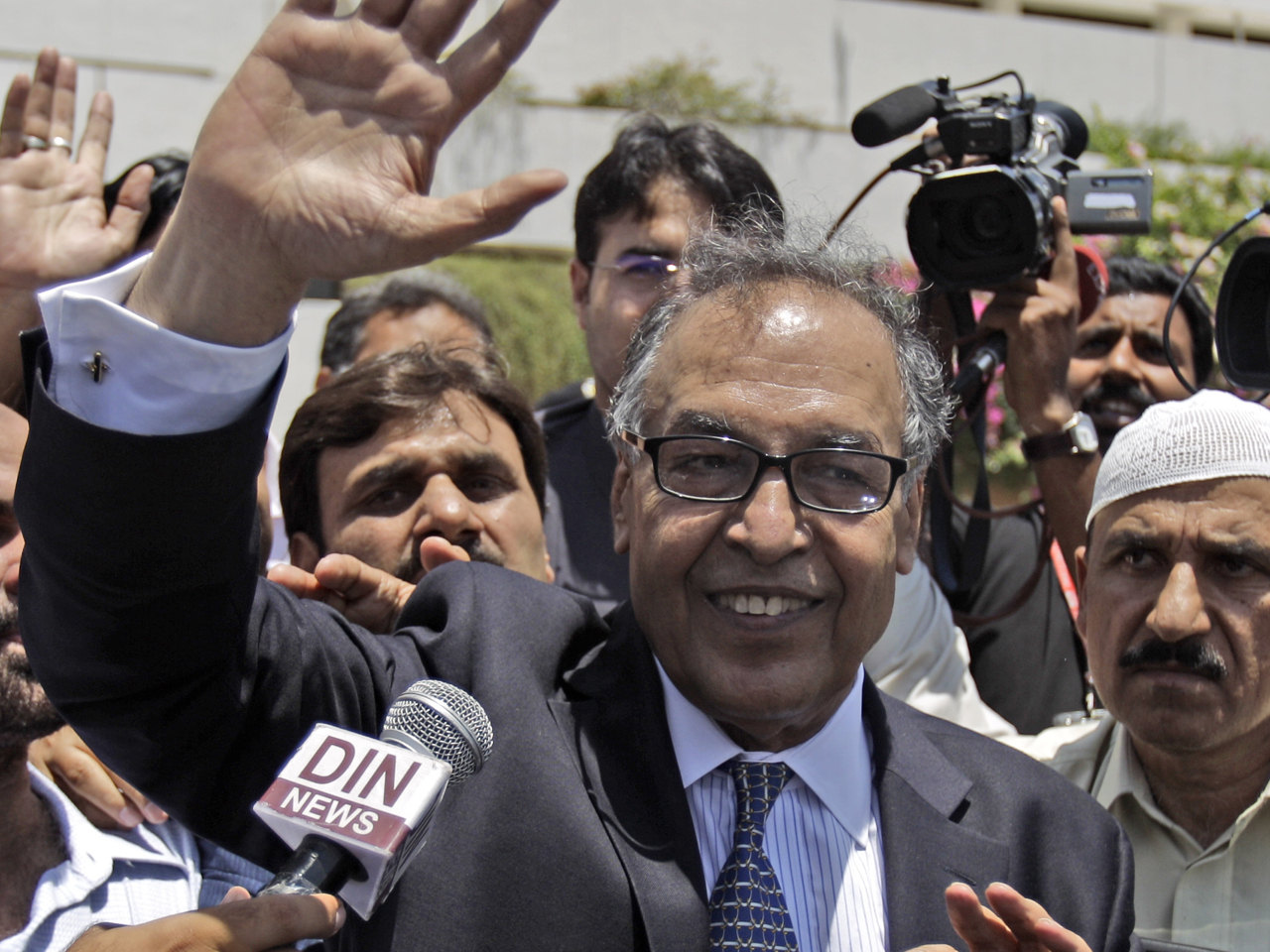 (CBS News) ISLAMABAD - A veteran Pakistani politician who was tapped by the country's leading political party on Thursday to replace ousted Prime Minister Yusuf Raza Gilani, and who is considered close to President Asif Ali Zardari, now faces arrest on allegations he was involved in pharmaceutical smuggling.

A government official confirmed to CBS News reports on local TV stations which said a judge presiding over an anti-narcotics court had issued an arrest warrant for Makhdoom Shahabuddin - nominated only hours earlier by Zardari's Pakistan People's Party (PPP) as its candidate to replace Gilani, who was stripped of his title earlier this week when the Supreme Court declared him unfit for office.

The Pakistani Supreme Court found Gilani in contempt of court on Tuesday, forcing him out of his job, and forcing the PPP to put forward a replacement for prime minister.

The case against Shahabuddin dates back to 2010, during his tenure as Pakistan's health minister.

The country's Anti-Narcotics Force (ANF), which is run by the army - an entity frequently at odds with the current civilian government - has been investigating accusations that Ali Musa Gilani, a son of former prime minister Gilani, used his influence to supply vast quantities of ephedrine to two Pakistani pharmaceutical companies, which then diverted them onto the black market to be used in the making of methamphetamine.

The ANF says Shahabuddin was complicit in the narcotics smuggling. His whereabouts were unknown later Thursday morning. Reports earlier suggested police were headed to raid four of his properties.

Shabahuddin filed his papers just before the arrest order was given on Thursday, and he remains the official PPP nominee, but the party was scrambling to pick a replacement candidate given the scandal fast-engulfing him.

Speaking to reporters about the arrest warrant right after filing his papers, Shahabuddin quoted a line from a poem about not being afraid of "hostile winds."

The matter is unlikely to be settled definitively until Pakistan's parliament meets on Friday and a new nominee is officially put forward by the ruling coalition, led by the PPP, for approval.

Analysts say the latest twist in Pakistani politics must be viewed with considerable skepticism by the U.S., which is seeking to repair damaged relations with Islamabad.

Relations between the two strategic allies dipped to an all-time low last November when a U.S. air attack on a remote Pakistani army outpost near the Afghan border killed at least 26 soldiers.

Pakistan's ongoing political crisis could have severe implications for the U.S., and the latest delay to the formation of a cohesive government with the arrest warrant for Shahabbudin will only complicate matters further.

"When you have such a lot of uncertainty it is difficult for a new government to move rapidly, especially on contentious issues," explains Hasan Askari Rizvi, a prominent Pakistani political commentator.

For months, U.S. officials have urged their Pakistani counterparts to reopen a key land supply route for NATO personnel and materials through the country to Afghanistan, which was closed after the November attack.

"Reopening the supply route will not be easy for a new government just coming into office," says Rizvi.

Before Gilani's dismissal, a senior Pakistani official told CBS News that the ban may be lifted before the end of June, in spite of fierce opposition from hardcore nationalists and Islamist parties in the country.

Tariq Azeem, a former government minister, says the growing uncertainty makes it more likely that parliamentary elections, which are not due to be held until after March 2013, will be called earlier.

"When you have the government clearly on the defensive and unable to move on vital fronts, then the pressure for fresh elections will only grow," says Azeem. "Given how we are moving right now, every day will bring more uncertainty for Pakistan."

And that uncertainty "will widen the gap between the U.S. and Pakistan," a Western diplomat in Islamabad tells CBS News on Thursday. "As it is, in the U.S., many people view Pakistan with skepticism and that skepticism will only grow."