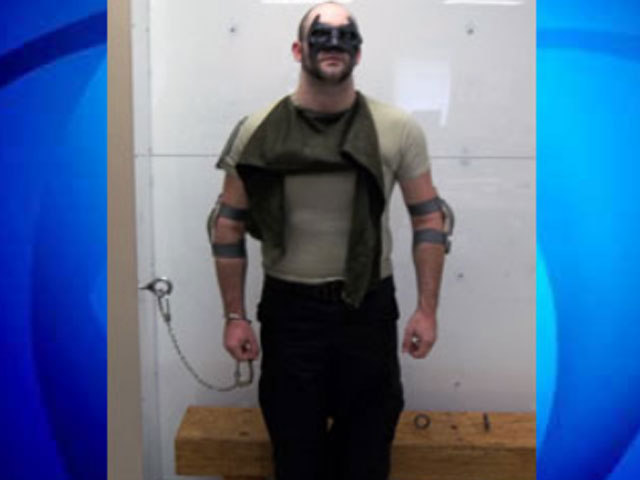 Argintar's attorney calls the arrest of his costumed client "a classic case of overkill" by the police, CBS New York reported.

"I'm not aware of anything in the law that would prohibit anyone from dressing how they choose to dress," William Ware told the station.

"Whether he was in a tuxedo, scuba outfit, or however he was dressed that day, there's nothing preventing anyone from dressing how they choose."

Police charged Argintar with disorderly conduct and unlawful possession of handcuffs. If convicted, Argintar could face up to seven months in the county jail.

"There is nothing illegal about what he did that day," Ware said. "I'm of the opinion police acted prematurely."