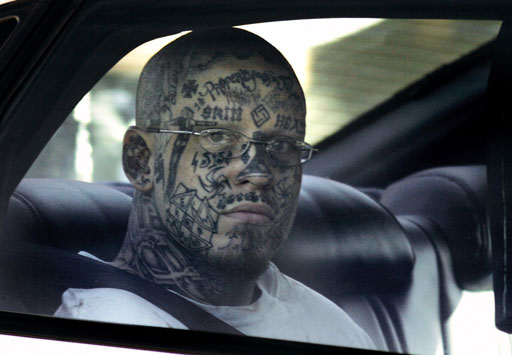 Authorities in Washington, D.C. may be close to an arrest in the murder of former government intern Chandra Levy, a case that made headlines, and brought down a congressman eight years ago.

There are reports that D.C. police have submitted evidence to the U.S. Attorney's Office in an effort to get an arrest warrant for a man identified as Ingmar Guandique.

An inmate serving time with Guandique reportedly told investigators that Guandique told him he killed Levy, but Guandique is said to have told police he saw Levy in the park, but didn't harm her.

Levy was an intern at the Federal Bureau of Prisons.

She was 24 when she disappeared from her D.C. apartment. Her remains were found more than a year later in Rock Creek Park by a man walking his dog.

D.C. cops were sharply criticized at the time for saying they'd searched that park, and found nothing.

Levy's disappearance has remained a mystery ever since, but it also revealed an affair with then-California Rep. Gary Condit. That cost him his seat.

For many weeks, Condit appeared to be the prime suspect in her disappearance. For months, he said little about his relationship with Levy, except for repeating over and over that he had nothing to do with her death or disappearance.

On The Early Show Saturday Edition, CBS News legal analyst Lisa Bloom speculated a jailhouse snitch, like the one cited in news accounts, could have been the source of the new evidence police are apparently using to target Guandique.

"My guess would be two things," Bloom said. "One, new statements from the suspect behind bars, possibly linking him to Chandra Levy. The other would be developments in forensic science, which has grown by leaps and bounds in the last eight years. Maybe they have something new on him ... something linking him to the remains of Chandra Levy. When her remains were found in Rock Creek Park, they were highly decomposed. ... Nevertheless, hair, bone samples, dental records, something linking him to her remains. Otherwise, it's hard to understand what could be new -- statements perhaps made behind bars to other inmates, a jailhouse confession, something of that nature."