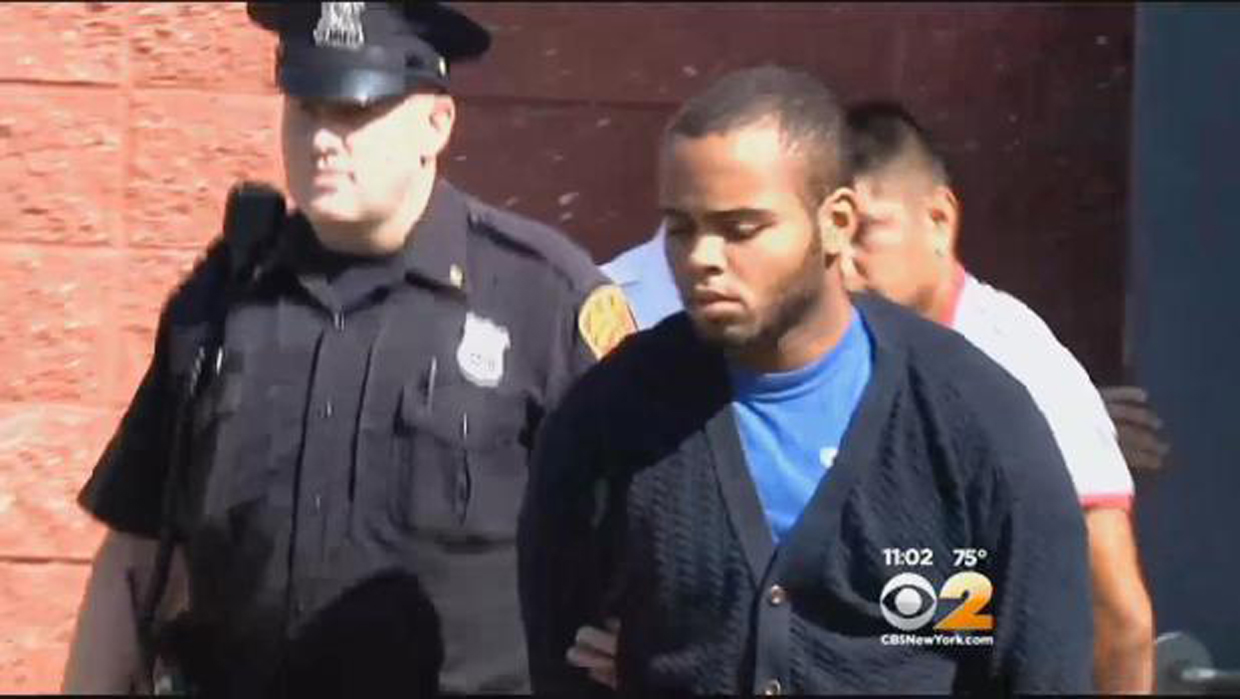 MEDFORD, N.Y. - A palm print, blood and cellphone records tie a man arrested in Florida last week to the death of a missing young mother whose body was found in the woods on Long Island, a prosecutor said at his arraignment Saturday.

Dante Taylor, 19, was arraigned in Suffolk County Court on a second-degree murder charge in Sarah Goode's death. The 21-year-old's disappearance and the discovery of her car near her home prompted a days-long search in June.

Taylor, of Mastic, was arrested on an unrelated warrant Thursday in Vero Beach, Florida, and was returned to Long Island. He is jailed without bail.

According to Newsday, Taylor is an ex-marine.

Prosecutor Janet Albertson said in court Saturday that Goode had been raped and beaten and her hair cut off by having it closed in a window of her car. Albertson said a piece of metal was found in Goode's skull.

She said a grand jury would hear the case and she would seek to upgrade Taylor's charge to first-degree murder.

Defense lawyer Patrick O'Connell declined to comment on Taylor's arrest but said his client felt "heartfelt sympathies and prayers" for Goode and her family.

Goode's relatives were shocked at the revelations, but relieved that a suspect had been arrested. Dozens of them attended the arraignment wearing T-shirts with Goode's photo and John Lennon lyrics.

One relative was escorted from the courtroom after angrily yelling at Taylor. Goode's aunt, Patricia Urizzo, said at a vigil Saturday night that her niece had been "unfairly and violently taken from us in such a brutal way at the hands of a heartless, most vicious monster."

Urizzo said Goode's killer had destroyed the hopes, dreams and laughter of a little girl, leaving her 4-year-old daughter without a mother. "He shattered so many hearts," Urizzo said.

Goode, a medical technician from Medford, vanished after an evening watching a movie on TV with some close friends June 6, police said.

An older sister of Goode's called police about two days later, saying the close-knit family hadn't heard from her and that was unusual.

About an hour later, police found Goode's 1999 gray BMW parked near woods around Medford. The car showed no signs of a crash or violence. The find sparked an extensive search.

Ultimately, a volunteer search party of 40 to 50 people discovered her body in a thickly wooded area not far from the car.

Prosecutors and police did not say whether Taylor and Goode knew each other or what investigators believe led to her death. Goode's friend, Dejiah Sumpter, said Goode knew Taylor, but described them as "acquaintances."

A memorial fund has raised more than $37,000 through the online fundraising site Crowdrise to help support Goode's daughter and pay for funeral expenses.

"She was a good girl," Goode's sister, Elizabeth DeMuria, said. "Everybody loved her. She was the one who lit up the room when she came in the door, and now she cannot do that anymore."