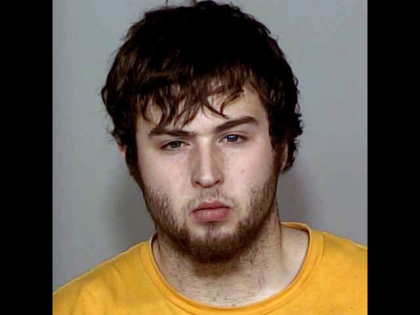 MINNEAPOLIS - Authorities have arrested a Minnesota man suspected of providing a party drug to a group of teenagers who overdosed, including one who died.

The man arrested Friday was identified as a 21-year-old from Blaine, the northern Minneapolis suburb where the overdoses took place Wednesday.

The man is being held on suspicion of third-degree murder. The exact charges are due to be filed Monday by prosecutors.

Early Thursday one teen died and 10 teenagers and young adults were hospitalized after an apparent mass overdose in Blaine, Minn..

Anoka County officials said a 19-year-old died hours after officers from the Blaine Police Department responded to an alleged overdose shortly after midnight.

Officers found several people were ill and that some had fled and were now suffering the effects of an overdose in other locations.

Eventually, 11 people were hospitalized. Several were in critical condition Thursday.

Those 10 people in Blaine are now recovering at home after being treated for an overdose from a drug bought online, reports CBS station WCCO in Minneapolis.

The preliminary investigation indicates the people who were sickened had possibly taken a designer drug called "2 C-I" which was ordered over the Internet. The drug is a reported hallucinogenic. There is a controlled hallucinogen called "2 C-B" and chemists reportedly alter it slightly to make it "2 C-E," which also makes it legal, reports WCCO.

However, officials caution that they have not yet received confirmation from the state crime lab of what compound was ingested.