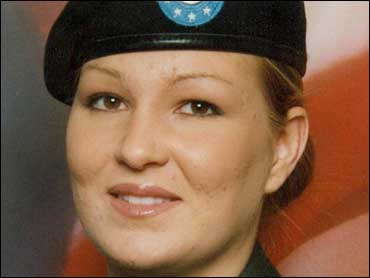 A Fort Bragg soldier was charged with first-degree murder Tuesday in the death of a pregnant colleague whose partially decomposed body was found in a motel bathtub more than a month ago, police said.

Edgar Patino, 27, of nearby Hope Mills, was arrested at his home without incident just after 8 p.m. in the death of Army Spc. Megan L. Touma, said Fayetteville police watch commander Lt. Lars Paul. Paul said Patino was stationed at Fort Bragg but couldn't provide his rank or unit.

Patino is being held without bail and is scheduled to appear in the Cumberland County Courthouse Wednesday, July 30 at 2:30, CBS News has learned.

No further details were immediately available, but police have scheduled a 11 a.m. news conference Wednesday.

Touma, 23, was found dead June 21 at a Fayetteville motel after a maintenance supervisor smelled a foul odor coming from a room with a "Do Not Disturb" sign. A dental specialist from Cold Spring, Ky., Touma was seven months pregnant and had recently arrived from a base in Germany.

She was temporarily assigned to Fort Bragg's 19th Replacement Company, and would have eventually been assigned to work at a base dental clinic.

The Army and the state medical examiner's office in Chapel Hill have completed autopsies, but the cause of death has not been disclosed, reports CBS affiliate WRAL in Raleigh, N.C. A spokeswoman for the Fayetteville Police Department said last week that toxicology results were pending.

Police have said a Fort Bragg soldier studying psychological operations was a person of interest in the case. They said the person was training at a school where special operations ranging from raids to reconstruction projects are taught. It wasn't immediately clear if police were referring to Patino.

Police also investigated a letter sent to The Fayetteville Observer from a person who claimed to be a serial killer responsible for Touma's death. The letter featured a circle-and-cross drawing that had also been drawn in lipstick on the motel room mirror and was the same as one used a generation ago by San Francisco's infamous Zodiac Killer. 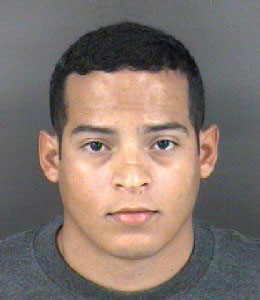 Police have said they believed the letter was written to mislead investigators and the media.

Investigators seized two section of drywall containing a red substance suspected to be blood from Touma's room, according to search warrants. Swabbings of DNA and other items also were taken from the hotel room and a rented Chevrolet Trailblazer parked outside, reports WRAL.

Touma was the second pregnant service member to die under suspicious circumstances in North Carolina in recent months. Marine Lance Cpl. Maria Lauterbach was found dead near Camp Lejeune in January. A fellow Marine, Cpl. Cesar Laurean, has been charged in her death and is awaiting extradition from Mexico.