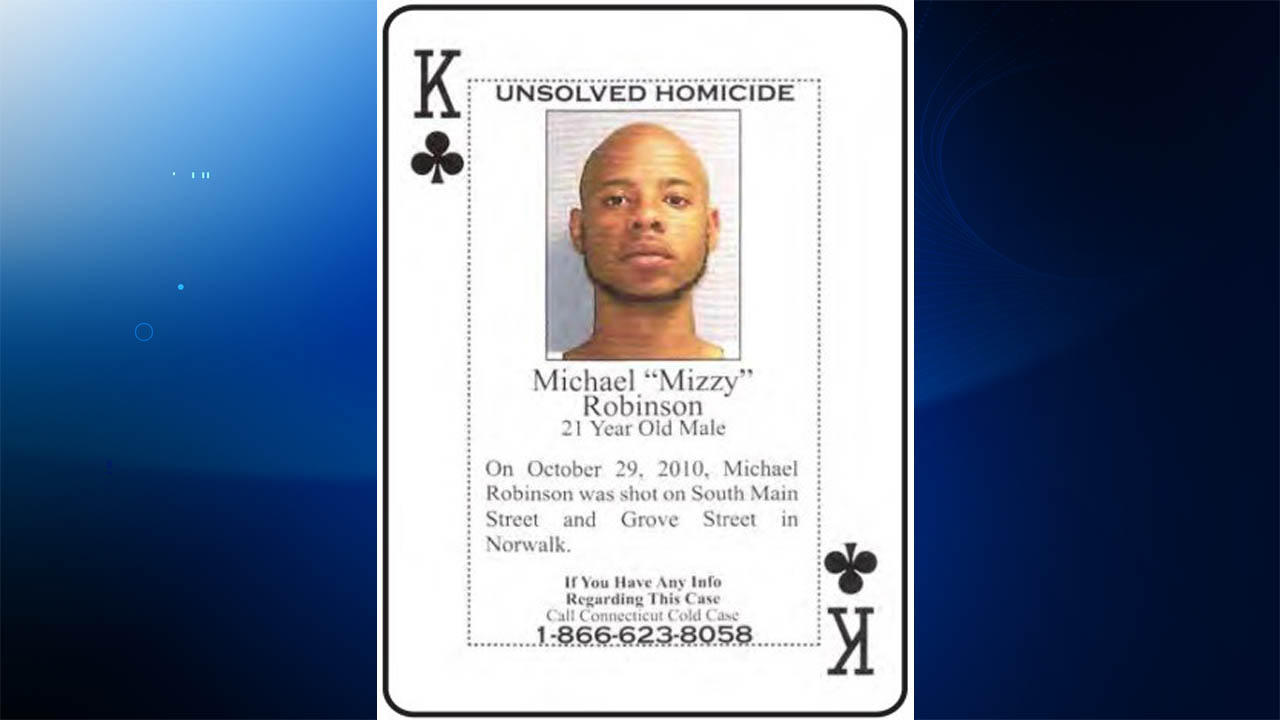 NORWALK, Conn. -- Police have made an arrest in the 2010 killing of a Connecticut man whose death was featured in the most recent edition of the state's so-called cold case playing cards.

The Norwalk Hour reports 30-year-old Ibo Boone was arraigned Wednesday on a murder charge in connection with the October 2010 shooting death of Michael Robinson Jr. in Norwalk. Investigators say it was part of a wave of violence between rival gangs.

Robinson's death was described on a playing card in a deck offered for sale to inmates of the state's prison system in an effort to generate tips.

In another case featured in the cold case deck, police announced on Thursday the arrest of Bridgeport man Hakeem Atkinson, 22, in the February 2012 gang slaying of Joseph Bateman in Norwalk, reports the Hartford Courant.

Both victims were featured in the fourth edition of the playing cards, which feature a tip line. Bateman was the nine of hearts and Robinson was the king of clubs, the paper reports.

"While a case may be considered 'cold,' it is never closed," said Norwalk police chief Thomas Kulhawik, reports CBS affiliate WFSB. "I wish to thank all who worked so diligently on this investigation and to reaffirm our commitment to work to bring some sense of closure to families who have lost loved ones."

Boone's attorney complained of a heavy police presence during the Wednesday arraignment, saying it created an "atmosphere of fear" around the case.

Boone is being held on a $1 million bond, reports WFSB.