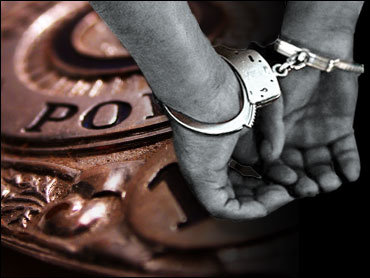 (CBS) MARTIN COUNTY, Fla. - Police have made an arrest in the case of Andrea Gail Parsons, a 10-year-old girl who went missing 19 years ago in Port Salerno, Fla.  Chester Duane Price, a 42-year-old convicted felon, is charged with first degree murder and kidnapping of a child under the age of 13, CBS affiliate WPEC reports.

After being charged, Price implicated Claude Davis, a long-time suspect investigated and previously arrested in the case. Detectives have allege that the two abducted and disposed of the 10-year-old's body together, the Palm Beach Post reports.

In 1993, Davis was arrested and charged with false imprisonment of Parsons, but the charge was later dropped due to lack of evidence. It is unclear if Davis has also been re-arrested or charged at this time.

Andrea Parsons was reported missing on July 11, 1993, at 11:06 p.m. by her mother, who had just come home from work. She had been left at home with her mother's boyfriend. When the girl became bored, the boyfriend let her leave to walk to the store and a friend's house, the newspaper says. Neighbors say they saw the girl leaving her home around 5:45 p.m., WPEC reports.

In 2001 the case was reopened by the Martin Co. Sherriff's Office, which determined they had enough evidence to seek a grand jury indictment of Price, WPEC reports.

Martin County Sheriff Robert Crowder told TCPalm.com that police "were aware of [Price] from the beginning of the investigation... He was one of our people of interest."

Price is being held in jail without bond and is scheduled to appear in court Friday, according to The Palm Beach Post.