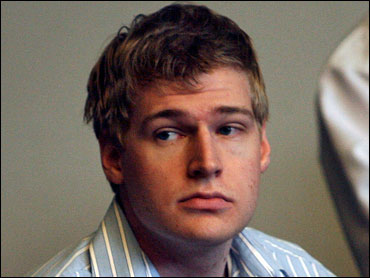 A former medical student accused of killing a 25-year-old masseuse he met through Craigslist is being arraigned in Boston for first-degree murder and other charges.

Philip Markoff is expected to be in Suffolk Superior Court on Monday morning. He was indicted by a grand jury Thursday after a two-month investigation.

Suffolk County District Attorney Daniel Conley told CBS' The Early Show Monday that his office continues to receive new information on the case, though he admitted most of it has been unhelpful.

Despite that, Conley said, "We believe that we've built a very strong case against this defendant."

He added that Markoff's fiancée, Megan McCallister, has been cooperative, but declined to say whether she would be a witness for the prosecution.

Conley said the case probably won't reach trial for at least a year.

Markoff, the 23-year-old upstate New York native, is accused of the April 14 shooting of 25-year-old Julissa Brisman of New York at the Boston Marriott Copley Place hotel. Brisman advertised on the "exotic services" section of Craigslist.

He also was charged with the April armed robbery of a 29-year-old Las Vegas woman at the Westin Copley Place hotel in Boston, as well as in an arrest warrant for the attempted robbery of another woman in Rhode Island on April 16.