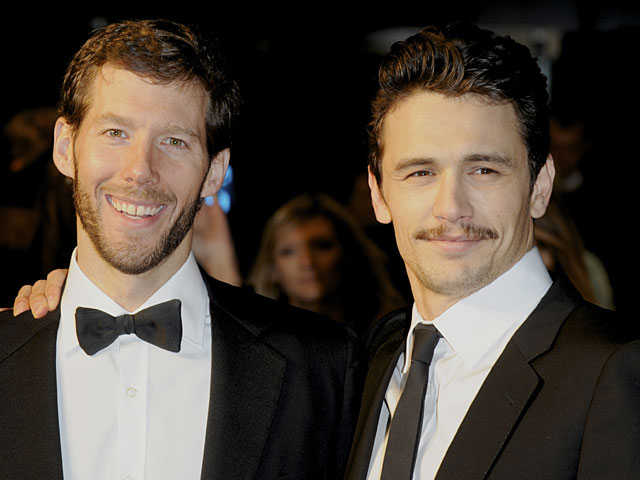 (CBS) Aron Ralston - the real-life mountain climber whose story is told in "127 Hours" - won $125,000 for charity Wednesday night and got some encouragement from the actor who portrays him in the movie, James Franco.

On "Minute to Win It," Ralston failed to complete a task and host Guy Fieri played a video message from Franco, who also is co-hosting Sunday's Oscar ceremony with Anne Hathaway. "Keep your wits about you because you're going to kill it," said Franco in the message, according to Entertainment Tonight.

Ralston raised money for a charity called Wilderness Workshop and had kind words for Franco. "He's an incredible artist, as well as being very genuine," he said. "The way he portrayed me, I felt very honored by that."

The mountain climber was forced to amputate part of his arm after it was pinned by a boulder in a crevice. "127 Hours" is nominated for the Best Picture Academy Award and James Franco is nominated for Best Actor.