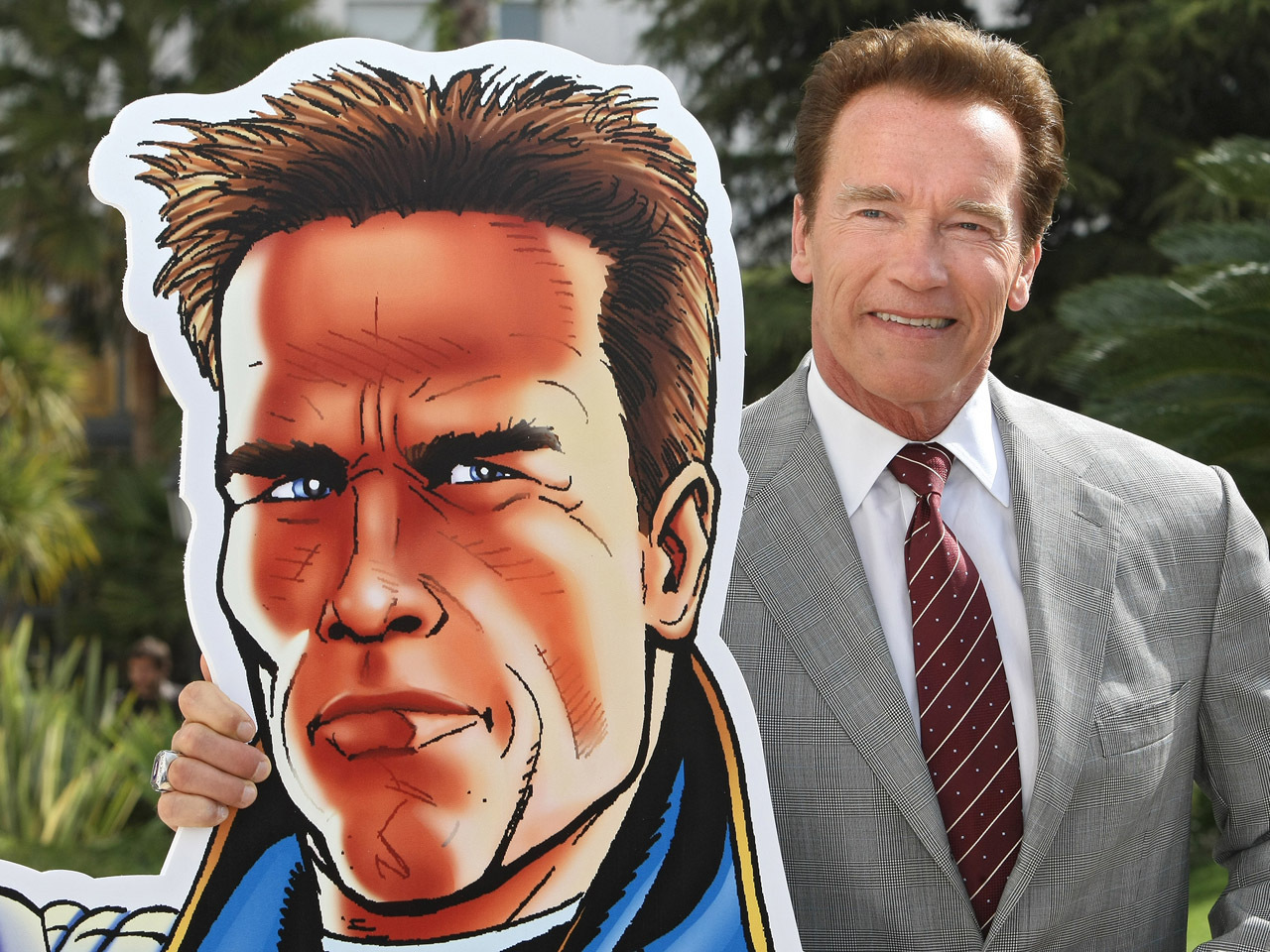 (CBS/AP) CANNES, France - He's been a body building star, a movie star and the governor of California. Now he's talking combining all those roles to play "The Governator" in a new animated series to which he'll lend his voice.

(Scroll down for video about "The Governator")

Arnold Schwarzenegger says his new animated TV venture features a "superheroic guy" who gets things done -- without constraints like laws to thwart his action.

"I think that a lot of times you can actually do more and accomplish more being outside of the system," the muscle man-turned-Hollywood hunk-turned-California governor told The Associated Press in an interview Monday.

Just three months out of office, he's unveiling his plans for "The Governator," an animated TV show that he describes as a funny, action-packed, crime-fighting fantasy with comic strip giant Stan Lee at the creative helm.

Showbiz is eclipsing politics in his mind for now -- "I am not as eager to run for office," he says. But he nonetheless perked up to share his thoughts about Japan's earthquake and tsunami disaster, the Arab world turmoil, environmental issues and economic troubles in the West.

"Entertainment is the important thing right now," he said, lounging in an opulent hotel suite overlooking the Mediterranean. "I am fortunate that I can have a foot in entertainment and a foot in the political arena."

That's where the show comes in: bridging Schwarzenegger's many personas in a TV project that riffs off his public service, his athletic and acting prowess, and his business savvy.

Think Bruce Wayne -- the civilian tycoon behind the Batman mask. But this time it's a former California governor who assembles a team of whiz kids to fight crime and natural disasters out of a high-tech lair under his mansion in Brentwood, and unbeknownst to his own family upstairs.

Schwarzenegger spoke to the AP before presenting the venture at the MipTV television business conference in the Riviera resort of Cannes.

The 63-year-old was the talk of the town: France's culture minister inducted Schwarzenegger into the Legion of Honor and he had his handprints cast in cement for Cannes' star walk.

Producers of the show, which is to debut next year, have cobbled together a comic-strip action extravaganza with laser-beam eyes, remote-controlled motorcycles and magic chewing-gum bubbles that change faces for incognito sleuthing. It also has what Schwarzenegger called "speaker spray," which temporarily allows its recipient to converse in foreign languages.

In short: "It's a superheroic guy" with powers that a real-world governor could only dream of.

"It's kind of like, when you see that you could have fought certain crimes, but the system didn't allow you, or there were too many people that had to be asked for permission, by that time the criminals were gone or the disaster that could have been prevented" was here, Schwarzenegger said. "With this, it's a fantasy world where the governor has extra powers."

In a sneak-peak teaser aired for the TV honchos at Cannes, the animated governor declares "I won't be back" on the capital steps. Newsman Larry King -- show producers say it's really his voice -- presses for answers.

Schwarzenegger insisted the show would not be violent, in a conscious break from his cinematic past.

The chance to change his image and surprise his fans was what drew him to the project.

"We happened to start working on this and I said 'This is a perfect thing to introduce first,"' he explained.

First? Did he mean before a possible return to acting?

Schwarzenegger played coy, or perhaps simply has not yet made up his mind.

"I have not committed to anything," he said. "We are concentrating on launching this series and this character, and then when that is done, then I will make the next decision."