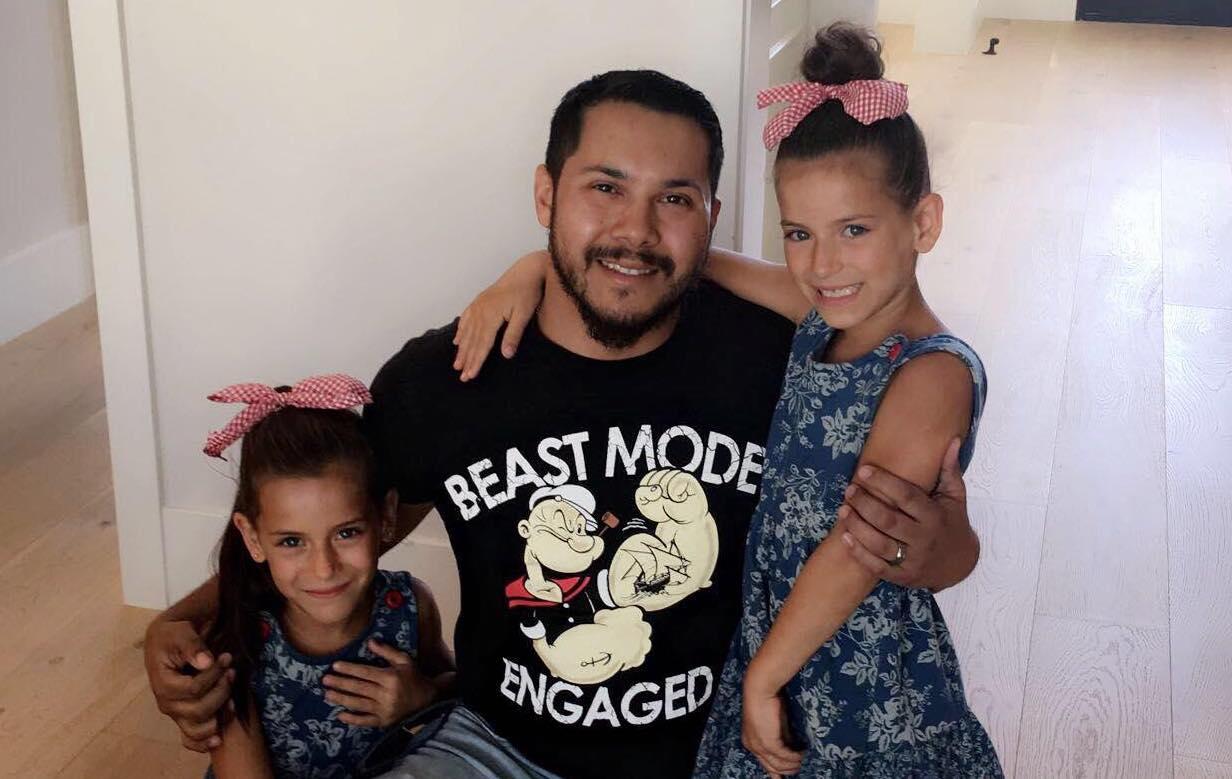 Mike Laureano served eight years in the Army National Guard, with a tour in Iraq from 2009 to 2010, but he didn't stop saving lives when he returned home. In 2014, he was walking to class at Wilmington University when he stumbled upon a Be The Match sign-up table and the organization piqued his interest.

"They told me exactly what the organization did, how they assisted individuals who have blood disorders and may be in need of bone marrow or blood platelet donations, and just how easy it was to sign up," he told CBS News. "So, that's what I did. I signed up right on the spot. It was just a cheek swab and I went on my way to class."

Laureano says, in the back of his mind, he always hoped he would match someone. However, he knew that the chances of doing so were slim because his mother had been on the registry for 25 years without a match.

Yet almost a year to the day after he signed up, Mike got the call.

"I actually missed the call the first time," he recalled. "So they left me a voicemail and said, 'Hey, this is Lee from Be The Match. I'm just calling because you signed up at our donor registration about a year ago. You are a potential match for a little girl with leukemia. If you'd like to move forward and get more information, give us a call back. Here's my number.'"

And that's exactly what he did.

"At the time, she was only 4 or 5. And immediately, through my head, I was like, 'Oh my God,'" he told CBS News. "I had a niece who was a little bit older and I'm like, she hasn't really lived at this point. She hasn't been able to grow up, you know, go on adventures. So, anything I could do really."

Mike went in for additional testing and learned he was a perfect match. So, a few months later, he was back in the hospital in Delaware, donating bone marrow for a little girl he had never met, more than 2,000 miles away in Utah.

"My thought process behind it was, you know, because of how low the chances were to match with somebody, that it just had to be," he told CBS News of the serendipity that he believes brought him and little Adriana Aviles together.

"You could be the potential cure and the potential match for someone across the world," he says. "And you never know. For me personally, we are expecting our first child and, now that I'm going to have my own child, I can only think I would do anything for them to have a healthy life."

Thousands of miles away, Adriana's mother – who also would have done anything to give her child a healthy life – was itching to thank Laureano in person. However, donors and recipients aren't permitted to have any contact for at least a year after the surgery. Then, if both parties agree, the organization will share names. And as soon as that happened, she reached out in full force.

"It was about 5 in the morning," recalled Laureano. "I remember clearly because I woke up. I looked at my phone and I had a bazillion messages from this woman I didn't know, saying, 'Hey, if this is you, this is the little girl you saved.'"

They arranged a reunion for Mike and Adriana. And the little girl broke into tears of gratitude before her hero even arrived.

It's a heartwarming example of an American helping out a total stranger, and in doing so, inspiring millions more. Mike's act of generosity has now gone viral and Be The Match has started using a custom registration link to track all the people who have been so inspired by Mike and Adriana's story that they too have signed up for the bone marrow registry. As of the date of this article publishing, that number is nearly 1,100.

"I think everyone always thinks of what mark they're going to leave, you know, when they pass," says Laureano. "And I think just being able to truly make an impact – not only in Adriana's life, but... the amount of individuals who have signed up to be donors and go on the registry – it's breathtaking."