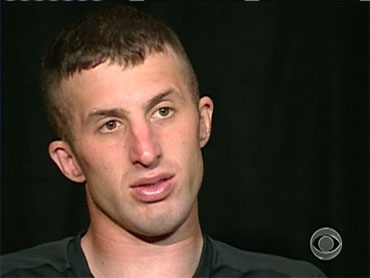 Their mission was to help soldiers deal with the stress of war on the battlefield. Instead, they were attacked at home. Three Army therapists were killed, and six other members of a combat stress control team were wounded in last week's rampage on Fort Hood.

They were preparing to deploy to Afghanistan. The team's critical mission is on hold for now.

"We're taking a hard look and making sure they have every thing they need and again they may be delayed in regard to additional personnel being brought in," said Lt. Gen. Robert Cone.

Eight years of war has taken its toll across the military. According to RAND, some 300,000 service members, almost one out of every five who have returned from Iraq and Afghanistan, report symptoms of Post Traumatic Stress Disorder.

Corporal Nathan Hewitt, an Iraq war veteran who was wounded in last week's attack, says his commanders encourage returning veterans to get help.

"They tell us soldiers all the time you know if you have problems like this, go see the psychiatrist, or go get some mental health," he said.

The Army has just over 400 psychiatrists to treat nearly 550,000 active duty soldiers.

But is also developing alternatives - like the newly opened "Resiliency" campus at Fort Hood. It's a health spa of sorts. The Army is hoping by taking the stigma away from getting help, more soldiers will seek it.