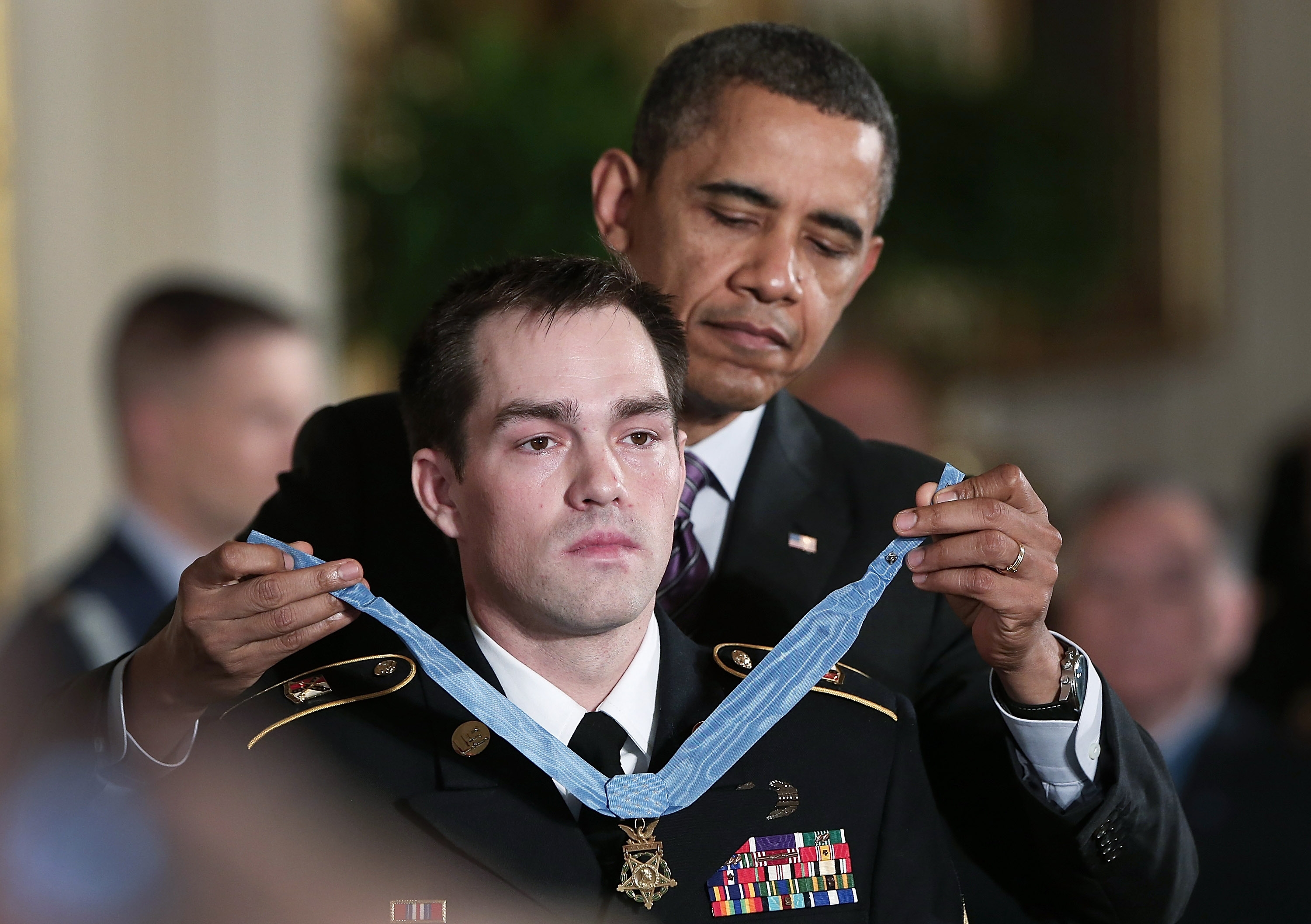 President Obama today awarded the Medal of Honor to Clinton Romesha, a former active duty Army staff sergeant, for his courageous actions during what Mr. Obama said has been described as "one of the most intense battles of the entire war of Afghanistan."

The Medal of Honor is the nation's highest military decoration and "reflects the gratitude of our entire country," Mr. Obama told Romesha from the East Room of the White House, where his entire troop was honored.

As the section leader of his troop, at Combat Outpost Keating in Afghanistan's Nuristan Province, Romesha led a fight against a nearly overwhelming Taliban attack. On Oct. 3, 2009, nearly 300 insurgents armed with automatic rifles and rocket-propelled grenades surrounded the outpost, where 53 Americans were stationed.

"To those Americans down below, the fire was coming from every single direction, they'd never seen anything like it," Mr. Obama remarked.

In an interview with CBS News correspondent David Martin, Romesha described the fighting that day as "unreal" and "up close and personal." After receiving the medal today, Romesha said, "I'm grateful that some of the heroes of Combat Outpost Keating are here with us. Any one of them will tell you were were not going to be beat that day."

Eight U.S. soldiers were killed, and more than 20 Afghan security troops were captured. Romesha suffered his own injuries but nevertheless tended to his comrades and called in air strikes to attack the enemy. The air strikes gave some soldiers cover to reach an aid station, while Romesha retrieved the bodies of fallen soldiers.

Romesha is the fourth living recipient to be awarded the Medal of Honor for actions in Iraq or Afghanistan. He specifically was serving as a Section Leader with Bravo Troop, 3d Squadron, 61st Cavalry Regiment, 4th Brigade Combat Team, 4th Infantry Division. He now works in oil field safety and lives in Minot, N.D., with his wife and three children.