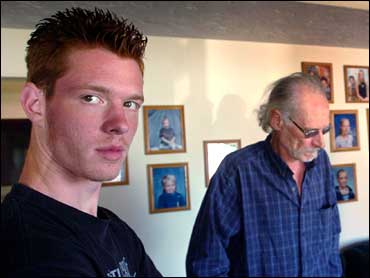 An 18-year-old Portland man with autism, whose recruitment renewed questions about Army practices, was released Tuesday from his enlistment contract.

Jared Guinther signed up for one of the Army's most dangerous jobs, cavalry scout, after being heavily recruited. He passed medical and other examinations. He was scheduled to leave for basic training in August.

The Army announced Tuesday that it decided he didn't meet enrollment criteria, two days after The Oregonian newspaper reported his parents' objections.

Gaylan Johnson, spokesman for the United States Military Entrance Processing Command, said Guinther's disability was not disclosed in the medical exam and information regarding his condition was not available to the command until after the enrollment process was complete. The command oversees medical exams for the Army.

Guinther's mother told The Oregonian she informed recruiters about her son's disability by telephone as Jared was being tested, but that he was accepted for enlistment anyway. Family and friends say anyone who reviewed the young man's medical or school records would know he was unfit for military service.

"Jared would play with buttons for hours on end," she told the Oregonian. "He'd play with one toy for days. Loud noises bothered him. He was scared to death of the toilet flushing, the lawn mower."

An investigation is under way into whether recruiters improperly concealed Guinther's condition.

Guinther started talking about joining the military after a recruiter stopped him and offered him a $4,000 signing bonus and $67,000 for college, his parents say. His parents said he didn't know there was a war in Iraq until last fall, shortly after he spoke with a recruiter, and asked them about it.

The Army has been under intense pressure to recruit, and the number of recruiting abuses hit record levels in recent years.

Last year, the Army halted recruiting efforts for one day in May, a stand-down to allow commanders to emphasize proper conduct among recruiters. There are 8,200 recruiters for the Army and the Army Reserve. The Army relieved 44 recruiters from duty and admonished 369 last year.

In response to the Guinther case, Democratic Rep. Earl Blumenauer of Oregon complained to Secretary of Defense Donald Rumsfeld.

"To place someone in his condition in a combat role would create a wholly inappropriate and unnecessary risk of harm – not only to him, but all other members of his unit who would have to rely on him," Blumenauer wrote in his letter to the Pentagon.

Blumenauer believes this is only one example of recruiting problems and wants the military to launch a broad investigation.

"I am concerned that the military has created a situation where recruiters are pressured to act unethically in order to successfully fulfill their orders," his letter reads.

In Guinther's case, the Army had heavily recruited him even though his disability should have disqualified him from enlisting.

When Guinther's parents found out he had enlisted, they contacted the Portland U.S. Army Recruiting Station where he signed up. His parents say the Army did not initially respond to their concerns.

With the Guinthers' permission, The Oregonian faxed Guinther's medical records to the U.S. Army Recruiting Battalion commander, who ordered an investigation.

On Tuesday, the Army said it could not discuss the case further because the investigation is under way.