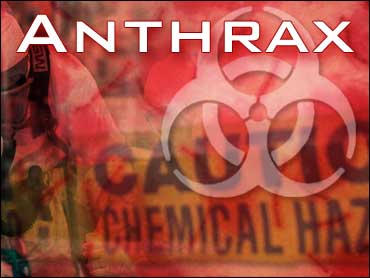 Scores of family planning clinics in at least 12 states have received letters containing anthrax threats, according to officials of feminist and abortion-rights organizations.

It was the second such mailing to abortion-rights groups in recent weeks. The FBI is investigating more than 280 threatening letters claiming to contain anthrax that were mailed in mid-October. None has tested positive for anthrax.

Among the messages in the latest batch of letters, according to Smeal's group, were: "You've ignored our earlier warnings. You've been exposed to the real thing. High-quality."

Targeted groups included the Feminist Majority Foundation, the Center for Reproductive Law and Policy, Catholics for a Free Choice, Advocates for Youth, and the American Association of University Women.

Those who sent the letters somehow obtained the account numbers of Planned Parenthood Federation of America and the National Abortion Federation to pay for the mailings, according to officials of both organizations. They said packages have been tracked to at least three drop-off locations in Virginia and Philadelphia.

Most of the letters were received in states along the East Coast. Some also were reported in Detroit.

More packages were believed to be en route, Planned Parenthood said, and FedEx was trying to intercept them.

The organization urged affiliates to accept the packages, place them in a plastic bag and call their local FBI office.

"They actually used our account number and our address, so our members would feel comfortable opening them," she said.

Saporta said the FBI would collect the latest packages to check for the potentially deadly bacteria and that results were expected within 24 hours. The FBI had no immediate comment.

Gloria Feldt, president of the Planned Parenthood Federation of America, said, "These letters are designed to terrorize us, and disrupt our work and our lives. That's terrorism, plain and simple, and we take it very seriously."

"The fact that they would forge the names of our staff members to terrorize employees is truly evil. Their heinous activities will not succeed," she added.

Feldt said the organization was pleased with the cooperation from the FBI following the first round of letters last month. "That cooperation is continuing today," she said.

The targeted organizations called on Attorney General John Ashcroft and the FBI to "outline publicly their intentions to investigate and prosecute these acts."

For two decades, a clandestine anti-abortion group calling itself the Army of God ha carried out attacks on abortion providers and clinics,including bombings and sniper attacks.

In Connecticut, where at least 12 clinics received the letters, officials promised thorough testing of the powder.

"These were intended to be a threat to scare people and we want to make sure this is not what they say it is," said Brian Emanuelson, an emergency response coordinator with the state Department of Environmental Protection.