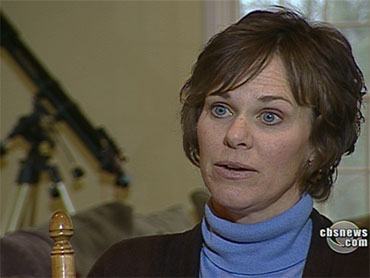 Spc. Ryan G. Anderson, 26, was arrested Thursday, just days before he was to leave for duty in Iraq.

He was being held at Fort Lewis, Wash., "pending criminal charges of aiding the enemy by wrongfully attempting to communicate and give intelligence to the al Qaeda terrorist network," said Army Lt. Col. Stephen Barger.

Anderson was taken into custody without incident as part of a joint investigation by the Army, Department of Justice and the FBI, Barger said.

"The investigation has been under way for a number of months, and he was apparently monitored while attempting to volunteer his services to al Qaeda through an Internet chat room," reports CBS News National Security Correspondent David Martin.

"The words used by the law enforcement officials are 'attempting to communicate and give intelligence to the al Qaeda terrorist network,' which suggests that he did not actually communicate anything to al Qaeda," says Martin, but that's not confirmed.

He became a Muslim during the last five years, officials said.

Jack Roberts, a neighbor, said he talked to Anderson's wife, Erin, after federal agents left the couple's apartment on Thursday.

"She was pretty damned shocked, as I was," Roberts told the Herald of Everett.

"Like every other American, we were just shocked, and we were saddened, of course, that in this kind of environment that we live in right now, this person could have tried to pass through our community," said Seattle-area Muslim community leader Aziz Junejo to CBS affiliate KIRO.

"We disassociated ourselves with him immediately," said Junejo. "It's just a very irresponsible person, possibly a show-off."

Anderson is a tank crew member from the National Guard's 81st Armor Brigade, a 4,200-member unit set to depart for Iraq.

"His unit is one of the reserve or guard units that has been activated for duty in Iraq, and in fact is about to go down to the national training center in Fort Irwin, Calif., in preparation for deployment to Iraq," says Martin.

It is the biggest deployment for the Washington Army National Guard since World War II.

Washington State University spokeswoman Charleen Taylor said Anderson was a 2002 graduate with a degree in history. Anderson graduated from high school in Everett in 1995, the Herald reported, and at studied military history with an emphasis on the Middle East at Washington State.

The brigade has been training at Fort Lewis since November. Eighty percent of the soldiers — 3,200 — are from Washington state, and 1,000 are from guard units in California and Minnesota.

Anderson is the second Muslim soldier with Fort Lewis connections to be accused of wrongdoing related to the war on terror.

Capt. James Yee, 35, a former Fort Lewis chaplain, is accused of mishandling classified information from the U.S. prison for suspected terrorists at Guantanamo Bay. Yee ministered to Muslim prisoners there.

There were initial reports that Yee was being investigated as part of an espionage probe, but he was never charged with spying.