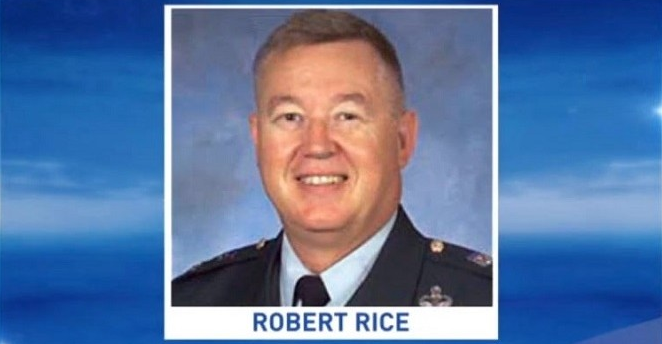 HARRISBURG, Pa. — A colonel who once headed the U.S. Army’s strategic war gaming division sobbed and apologized Wednesday before being sentenced to 12 years for receipt and distribution of child pornography.

Col. Robert Rice, 59, told a federal judge in Harrisburg, Pennsylvania, that he was deeply ashamed and acknowledged that the victims of child pornography may never heal.

“When this began I didn’t see the human beings,” Rice said. “I came to realize that this is not a victimless crime. That each time an image is passed it renews the ... emotional damage.”

He said he was “so sorry and ashamed for what I did to continue that cycle.”

The sentence was made concurrent with a four-year term he received in October after pleading guilty to three pornography counts during a military court-martial. Those findings and sentence are under review by an Army general.

In the federal case, Rice was convicted by a jury, and Assistant U.S. Attorney James Clancy said his actions during the investigation and trial were calculated.

“The severity of this kind of crime cannot be overstated,” Clancy said.

Clancy said that Rice wore his full dress uniform, bedecked in medals, every day of his trial.

Rice also blamed his wife for his own conduct, which Clancy said subjected her “to an extended period of humiliation.” Clancy said they have been involved in a protracted, bitter divorce that is not final.

Rice told U.S. District Judge Christopher Conner that his own actions put his wife in an impossible position.

“She had the moral courage to do what was right, and I did not,” Rice said.

Rice, who has spent 37 years in the military, was most recently assigned to the U.S. Army War College’s Center for Strategic Leadership in Carlisle, Pennsylvania. He was arrested in 2013.

He said he took “full responsibility” and had brought discredit upon the Army. He apologized to the Army, his family members, his friends and investigators.

Conner said Rice’s criminal activity became known because of software that had been installed on one of his computers. He said Rice had a large number of images and displayed knowledge of and experience in trading child pornography, actions that occurred over an extended period of time.

Rice’s lawyer argued that Rice’s age puts him at a low risk of re-offending and that he has benefited from counseling.

He was fined $5,100 and will have to spend 10 years under supervision upon release.