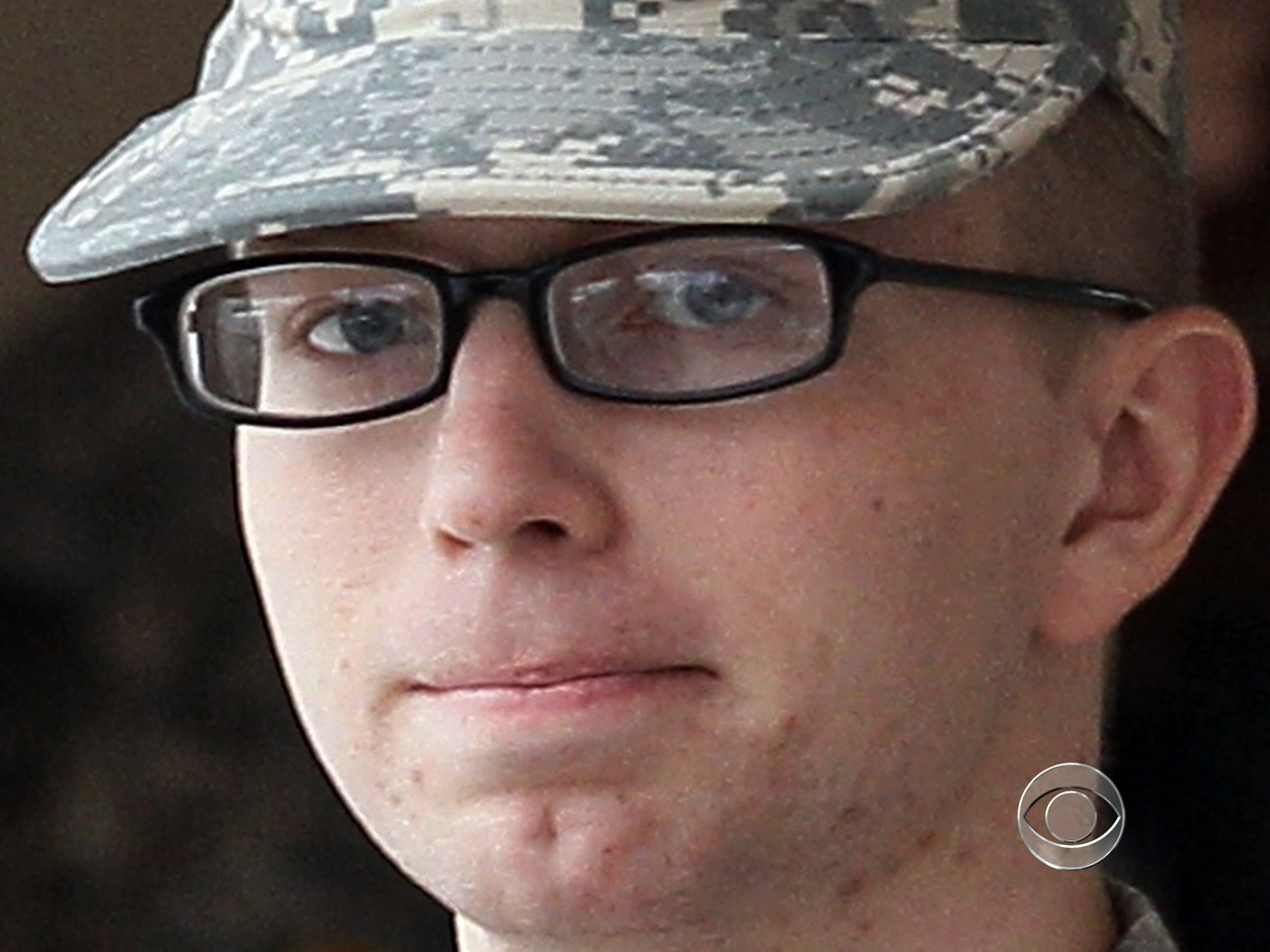 (AP) FORT MEADE, Md. - An Army private aided al Qaeda by leaking hundreds of thousands of military and other government documents to the anti-secrecy website WikiLeaks, the military said Thursday.

Pfc. Bradley Manning had previously been charged with aiding the enemy among a total of 22 counts, but on Thursday the military identified the enemy Manning's actions aided. Manning and his attorneys are appearing at a hearing at a military courtroom at Fort Meade, near Baltimore, for two days of hearings in the case.

During Thursday morning's hearing the military judge in the case announced military prosecutors' answers to a series of questions about the accusations against Manning. The judge, Col. Denise Lind, said the government contends Manning indirectly aided al Qaeda in the Arabian Peninsula by giving information to the WikiLeaks site.

Military prosecutors say Manning, a 24-year-old Oklahoma native, downloaded and sent to WikiLeaks nearly half a million sensitive battlefield reports from Iraq and Afghanistan, hundreds of thousands of diplomatic cables, and a video of a deadly 2007 Army helicopter attack that WikiLeaks shared with the world and dubbed "Collateral Murder."

Defense lawyers say Manning was clearly a troubled young soldier whom the Army should never have deployed to Iraq or given access to classified material while he was stationed there from late 2009 to mid-2010. They say the leaked material did little or no harm to national security.

Manning is expected to learn during the current two days of hearings when his trial will start. During his most recent hearing in late February, no trial date was set, though the timing was discussed. During that hearing, which lasted less than an hour, Manning declined to enter a plea to the counts he faces, including aiding the enemy, which could result in life imprisonment. He also put off choosing whether to be tried by a military jury or judge alone.