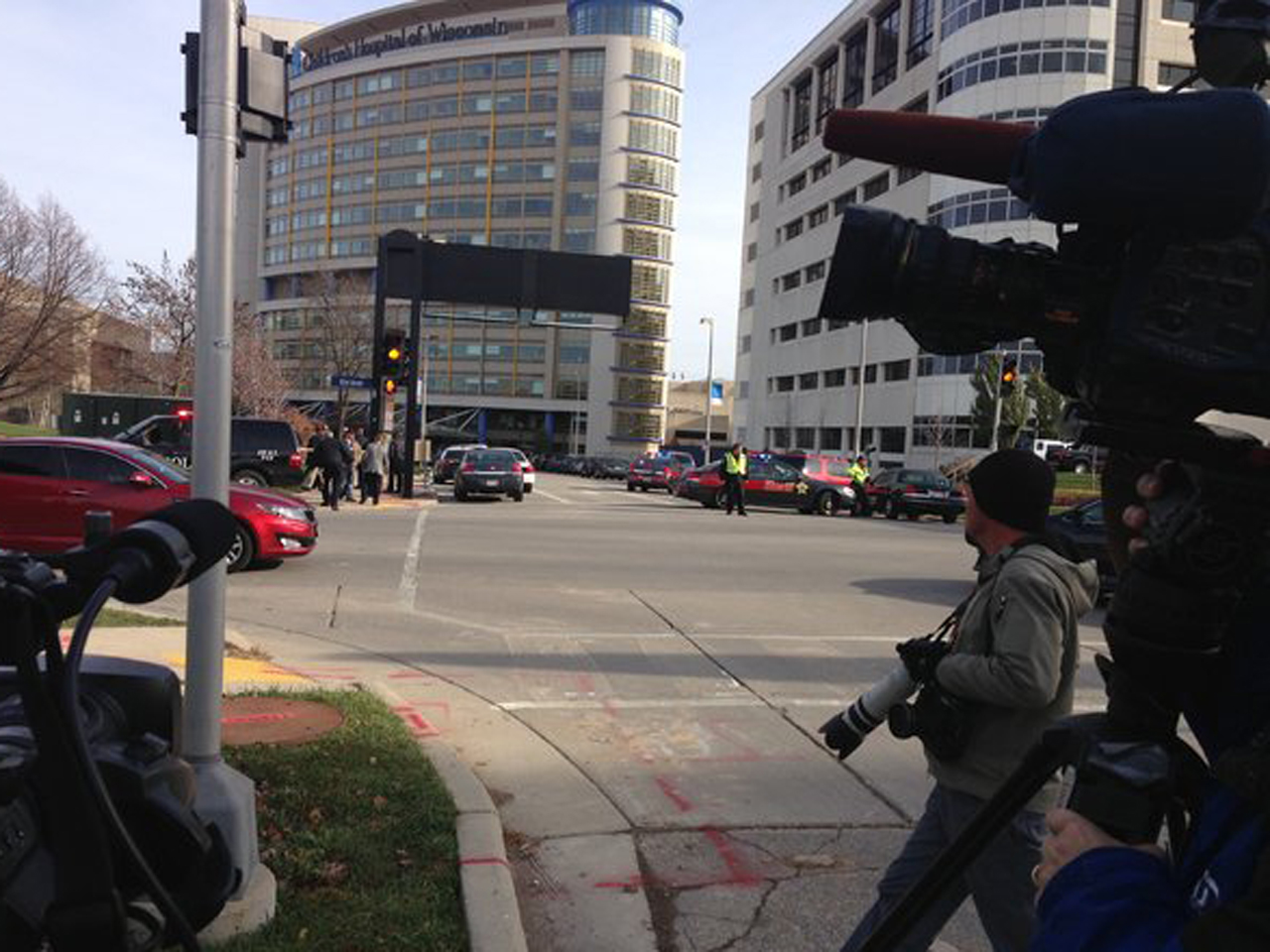 According to Milwaukee County Sheriff David A. Clarke, Milwaukee police officers tried to serve a felony warrant on a suspect who was on the hospital's seventh floor in the neo-natal unit. The warrant was reportedly for felony possession of a firearm.

The suspect then reportedly ran away from the officers, firing shots at them as he ran. Milwaukee police officers shot and wounded the man inside the hospital.

The suspect is being treated at Froedtert Hospital, according to the station.

The Children's Hospital of Wisconsin is still under lockdown. The hospital released a statement saying the situation "has been contained" but that the building would remain on lockdown "until law enforcement issues a complete all-clear."