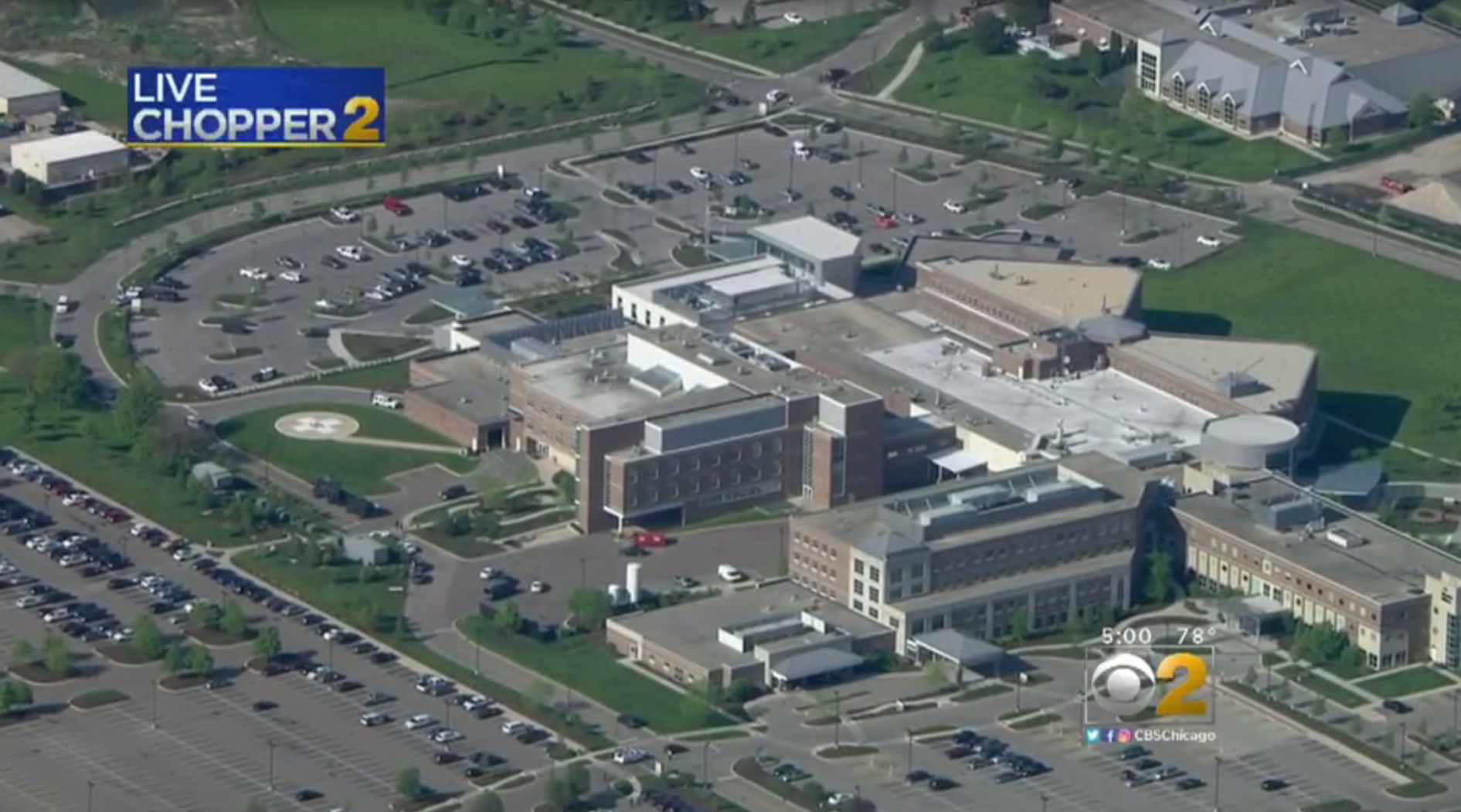 GENEVA, Ill. -- Officers shot and killed an armed jail inmate and freed his hostage at hospital in northern Illinois on Saturday, several hours after the inmate stole a gun from the correction's officer guarding him, authorities said.

A SWAT team quickly moved in to Delnor Hospital in Geneva after negotiations broke down with the inmate Saturday afternoon, Kane County Sheriff's Office spokesman Patrick Gengler said. Gengler said one officer shot and killed the inmate, whom he identified as 21-year-old Tywon Salters.

The incident started around 12:30 p.m. when Salters snatched a gun from a correctional officer, Witnesses describe the scene inside as "chaotic," and said Salters was running around the hospital naked, CBS Chicago reports. The weapon was recovered at the scene.

The female hostage was "extremely emotional and upset" following the shooting, but appeared to be physically OK, Gengler said. She was quickly taken to another room in the hospital.

Gengler said the female employee is with her family and being treated at the hospital.

Salters, who was being held on charges related to a stolen vehicle, had been in the Kane County Jail's custody since April 11, and in the hospital since Monday, Gengler said. Gengler said he couldn't release details about why Salter was hospitalized, citing federal privacy laws.

The standoff had been contained to one section of the emergency room as of late afternoon, when SWAT and crisis negotiation teams were called to the scene.

"We were able to move patients out of the ER. Those that needed medical care were transferred to other hospitals," hospital spokeswoman Kimberly Waterman said earlier Friday.

The hospital asked people to avoid coming to the area and to not come to visit patients, though ambulances were on standby for anyone who arrived at the hospital in need urgent care, city spokesman Kevin Stahr said.

Kane County Sheriff officials have asked the State Police to investigate. An autopsy is pending.