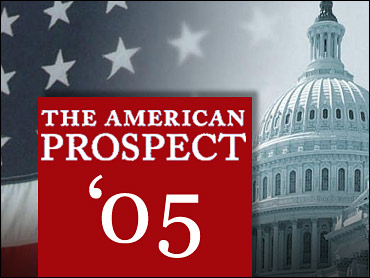 This column from The American Prospect was written by Terence Samuel.

1. Arlen "Scottish Law" Specter will be chairman of the Senate Judiciary Committee, and there will be at least one Supreme Court confirmation hearing in the next session of Congress. Robert Bork meets Anita Hill.

2. Specter is chairman of the Senate Judiciary Committee and Tom "Lesbian Outbreak" Coburn is the newest committee's newest member.

3. Don "the Unknowable" Rumsfeld is staying, and you have to stay with the defense secretary you have, not the one you want.

4. Tom "Chain Gang, Don't-Call-Me-the-Hammer" DeLay is staying for now, but may decide to run for district attorney in Travis County, Texas.

5. Someone in the White House has to explain how borrowing $2.2 trillion to introduce private investment accounts into Social Security -- in other words, to privatize it -- is a fiscally prudent maneuver.

6. Trent "Majority Leader in Elba" Lott is still mad at the White House for torpedoing him over the whole "when Strom Thurmond ran for president we voted for him -- and if the rest of the country had followed our lead, we wouldn't have had all these problems over all these years" thing, and is now willing to show it.

7. Barack Obama is joking about his celebrity by making references to Paris Hilton.

8. Democratic leaders in the Senate -- Harry Reid, Dick Durbin, and Byron Dorgan; no one you ever heard of -- seem ready to begin channeling that now-famous obstructionist Tom Daschle, who may look like Tom "Green Light" Daschle when this new crew gets done.

9. Zell "The Duelist" Miller is a lobbyist.

10. George W. "Political Capital" Bush is grappling with the idea of "mixed results" in Iraq.

11. Democrats are promising to investigate Republicans.

12. Democrats are going to investigate Democrats.

13. There will likely be someone new on the Supreme Court for the first time in 10 years, and a lot of people are going to have something nasty to say about him or her. Robert Bork meets Anita Hill.

14. John McCain is running for president.

15. John Edwards is running for president.

16. Dick Cheney is not running for president, but Bill Frist is.

17. Even though Bernie Kerik did not become homeland-security chief, the New York press corps still has fun because Hillary Clinton is up for re-election.

18. Hillary Clinton is running for president.

19. Democrats want a choice on whether they are the party of choice.

20. John Kerry is running for president. (20.5) Chances are that no matter what political disasters are visited on us next year, there will be professional baseball played in Washington, D.C., all summer.

Terence Samuel is the chief congressional correspondent for "U.S. News & World Report." His column about politics appears each week in the Prospect's online edition. 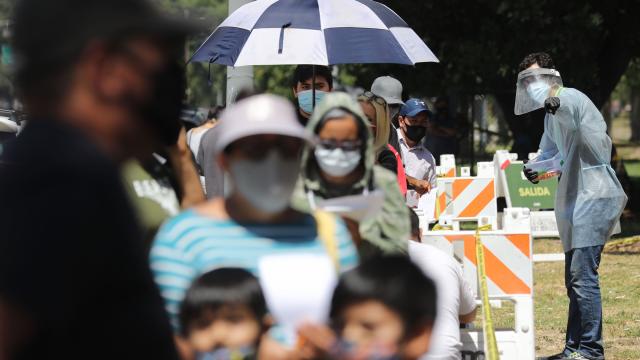