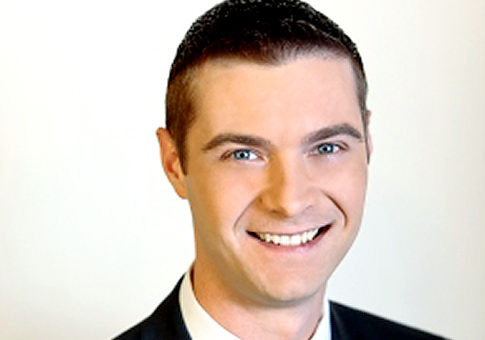 (CBS/AP) MAUMELLE, Ark. - Authorities are investigating the death of Arkansas man, Dexter Williams, who was found dead, with a chain around his neck, in an unfilled hot tub with a local TV meteorologist, Brett Cummins, asleep beside him.

Maumelle police were summoned Monday morning to the home where they found Dexter Williams' body in the hot tub.

The homeowner told authorities that Williams and the meteorologist, Cummins of Little Rock television station KARK, had been at his home Sunday night. he told authorities that he invited Cummins to his home Sunday evening. Cummins showed up with his friend Williams, and they started drinking and doing drugs, the homeowner told police. At some point, they got into a hot tub and continued drinking, according to the report.

The homeowner said he later fell asleep on his couch and that when he woke the next morning, he found Cummins asleep in the hot tub and Dexter Williams next to him. Williams' face was discolored and he had with a chain around his neck, police said. The hot tub was not filled with water.

When Cummins awoke and found Williams unconscious, with his face discolored, Cummins screamed and became sick to his stomach, the homeowner told police.

Cummins left the home, but later returned and spoke with authorities.

Maumelle police Lt. Jim Hansard said investigators haven't ruled out foul play in the death of Williams, 24. An autopsy is being conducted on his body.

Cummins has not been charged in Williams' death and no arrests had been made by Tuesday evening.

Mike Vaughn, the general manager for KARK, said Cummins reported to work Monday. He said the station had received the police report about Williams' death and was working to figure out what happened, but he declined to comment further.

KARK reported on Williams' death in a post on its website and added that Cummins "will not be on the air as he is mourning the loss of his friend."