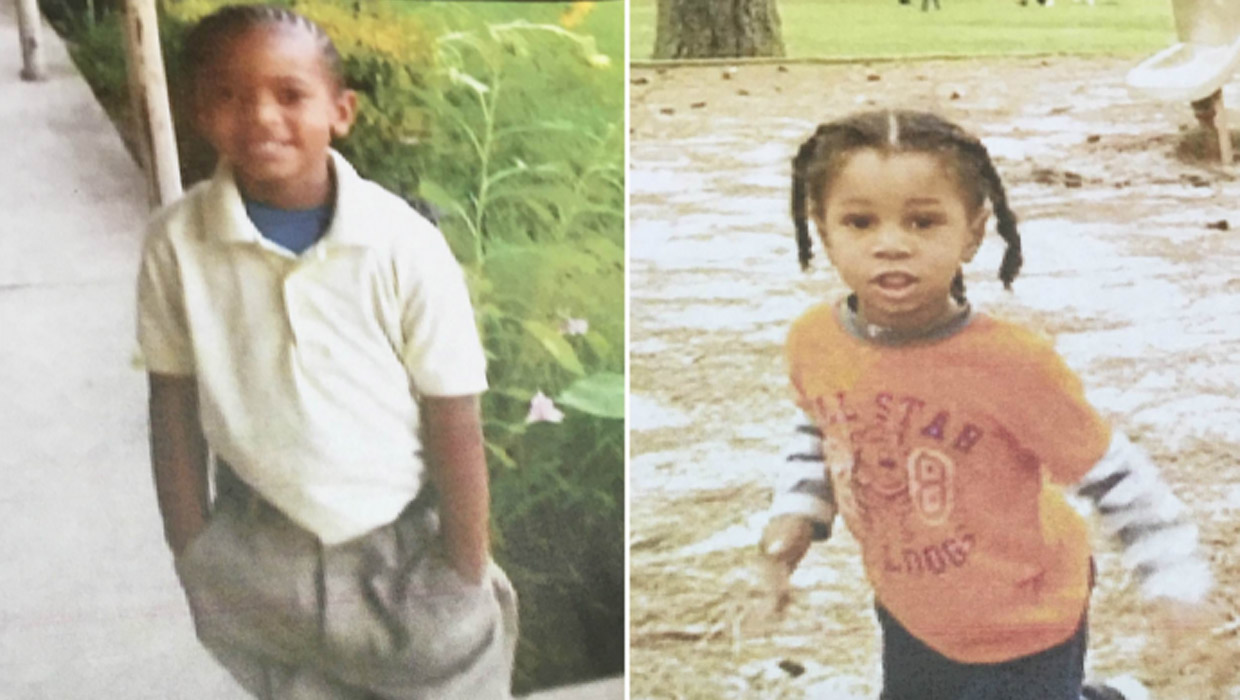 ELOY, Ariz. --A state trooper's traffic stop on an Arizona highway led to the rescue of two young boys missing from Louisiana for more than a month, and the arrest of their alleged abductors, officials say.

Antoinette Wong, 28, the children's mother, and 34-year-old Keith Rogers are accused of taking 2-year-old Elijah Wong and 7-year-old Donnie Simmons by force on Jan. 12, from addresses several miles apart in Shreveport. According to the Arizona Department of Public Safety, they are accused of taking the 7-year-old at gunpoint during a home invasion. Rogers is reportedly Wong's boyfriend.

Louisiana State Police issued an alert for the missing children, releasing photos to the media and calling Wong and Rogers armed and dangerous. They said the boys were believed to be in danger. The couple were linked to at least three bank robberies in Shreveport and Bossier following the alleged abduction, reported Tucson News Now.

The nationwide manhunt came to an end Sunday, when a trooper pulled over a car that was swerving in and out of its lane near Eloy, some 50 miles southeast of Phoenix. Rogers was driving, Wong was riding in the passenger seat and the two boys were in the backseat, Arizona trooper Ashton Shewey said at a news conference Tuesday morning.

Rogers gave a false name, he said. That tipped Shewey off that there may be more going on than a standard traffic violation.

"When you're trying to lie to police and give them a false name, that's automatically going to tip you off," Shewey said. "Why? Why don't you want us to know who you are?"

Wong was arrested on outstanding warrants for armed robbery when he identified her by her Louisiana drivers license, Shewey said.

Shewey said he detained Rogers in the back of his patrol car for about two hours while he communicated with dispatch and the ADPS' criminal investigation bureau to determine his true identity. Once they learned his name, investigators discovered he had outstanding warrants for homicide and armed robbery, ADPS said. Troopers and detectives found evidence and money in the car believed to be from a bank robbery that Rogers allegedly committed, ADPS said in a press release.

Both Rogers and Wong were taken into custody on the outstanding warrants.

The children were unharmed and Shewey described them as "very quiet."

"We bought Happy Meals for them, we took them to our office, they colored and watched cartoons," Shewey said. "They were in a good state. We took very good care of them and they were very happy."

The children are now in the custody of child protective services. The FBI in New Orleans is investigating while Wong and Rogers remain jailed in Pinal County, Arizona.

Shewey, who has been the ADPS since last year and worked previously in law enforcement for the Pinal County Sheriff's Department, said it was the first time he had investigated a child abduction case.

"There are criminals traveling from point A to point B on our interstates, on our highways, on our state routes," Shewey said. "It's up to us to identify them and see what's happening, what's actually going on."