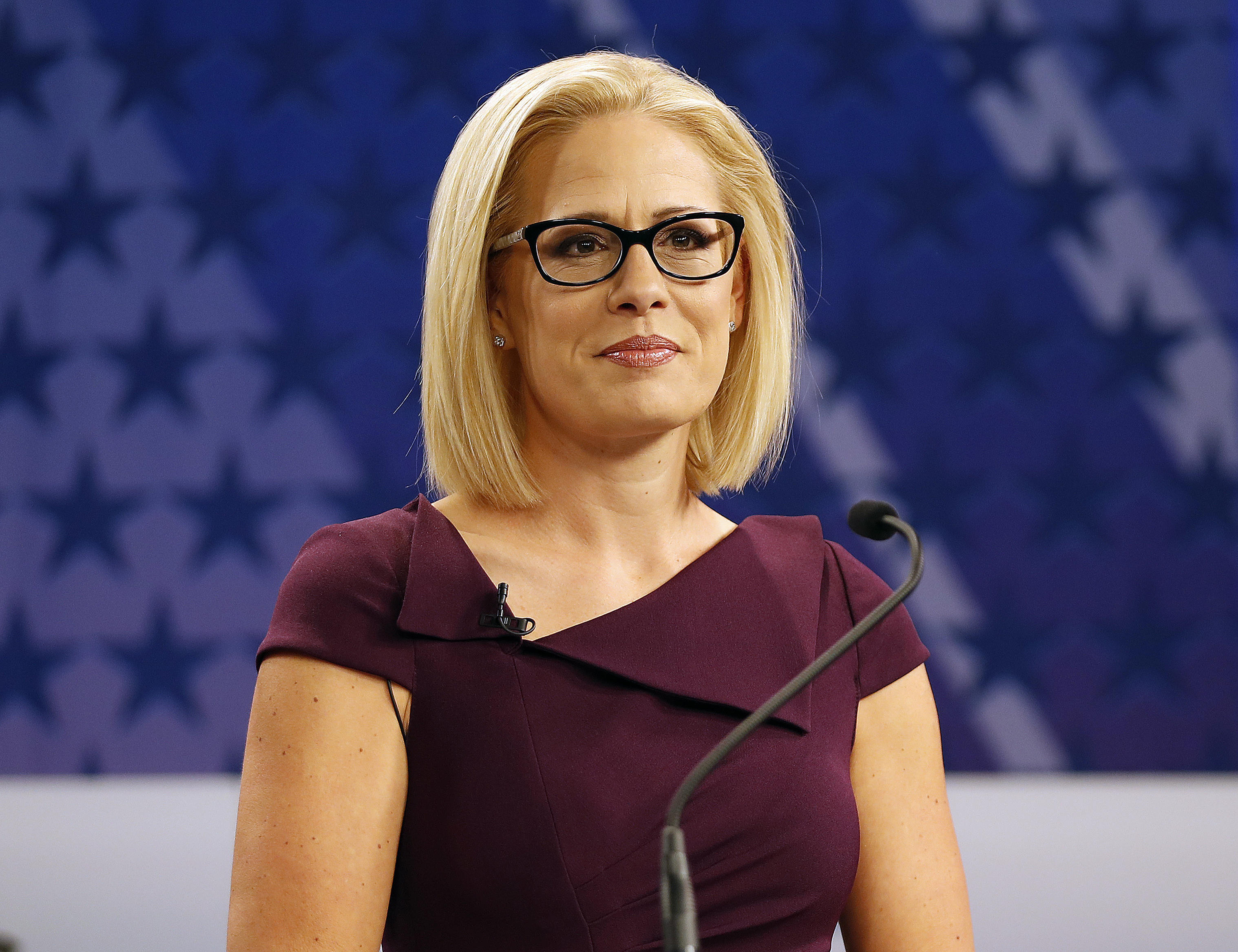 PHOENIX — Republican Rep. Martha McSally has conceded Arizona's Senate race to Democrat Kyrsten Sinema. McSally made the announcement in a video posted to Twitter. She said: "I just called Kyrsten Sinema and congratulated her on becoming Arizona's first female senator after a hard-fought battle."

The race between Sinema and McSally was one of the most closely watched in the nation. Sinema was declared the winner Monday as her lead grew insurmountable during Arizona's lengthy vote-count, The Associated Press reports.

"I am so honored that Arizonans chose our vision of a better Arizona. And now it's time to get to work," Sinema said in a victory speech Monday night.

Sinema is a former liberal activist who became a centrist member of Congress. Her win follows years of Democratic shutouts at the statewide level in Arizona and shows that the longtime Republican bastion is becoming a swing state.

McSally hammered Sinema over her former liberal stances and claimed she was pretending to be a centrist.