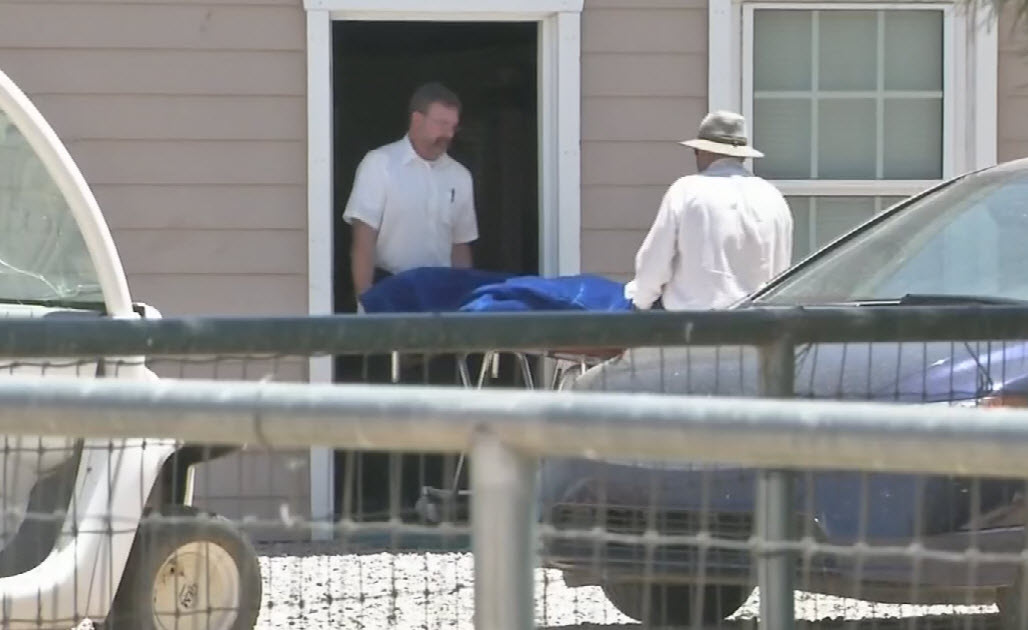 PHOENIX -- Authorities found the bodies of a mother and her two children inside a home in suburban Phoenix in what is likely a murder-suicide, officials said.

Deputies were awaiting autopsy results before making a final determination on the deaths, Maricopa County Sheriff Joe Arpaio said at a news conference Tuesday. All three had been shot, reports CBS affiliate KPHO.

Deputies found a handgun near the woman's body, according to Arpaio. Authorities believe it's likely she killed the children before taking her own life.

"We're almost sure this is a murder-suicide, but we haven't closed the case," the sheriff said. "We're leaving a little part open just in case someone else could have caused these three deaths."

Arpaio said a neighbor reported seeing a car backed up to a home Monday night in an unincorporated area of Gilbert, east of Phoenix. A hose attached to the vehicle's exhaust pipe went into a window of the two-story, A-framed home, he said.

The sheriff identified the woman as Lisa Gerhart, saying she was 45 or 46. Her son was 17, and her daughter was 12. Arpaio did not name the children.

Authorities have contacted the children's father and investigators were interviewing neighbors and checking records to see if the couple had any history of domestic violence.

Several neighbors told reporters that Gerhart's husband had recently moved out of the family's home in the community of ranch properties and she was devastated by it.

"She wanted to talk him into staying with her and the kids," neighbor Connie Rivera told KPHO. "And, no."

"I know that she didn't want to live through that -- she must have not, because," Rivera said, before breaking down in tears.