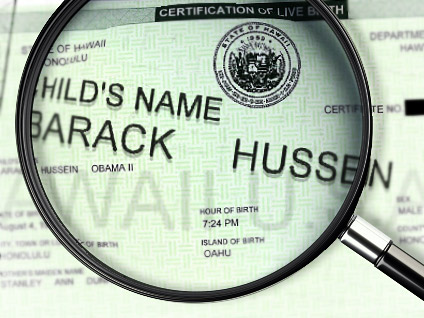 PHOENIX - Arizona Gov. Jan Brewer on Monday vetoed a bill that would have required President Barack Obama and other presidential candidates to prove their U.S. citizenship before their names could appear on the state's ballot.

The bill would have made Arizona the first state to pass such a requirement. Opponents had warned the bill would give another black eye to Arizona after last year's controversy over the state's illegal immigration enforcement law.

Brewer said in her veto letter that she was troubled that the bill empowered Arizona's secretary of state to judge the qualifications of all candidates when they file to run for office.

"I do not support designating one person as the gatekeeper to the ballot for a candidate, which could lead to arbitrary or politically motivated decisions," said Brewer, who was secretary of state until she became governor in 2009.

"In addition, I never imagined being presented with a bill that could require candidates for president of the greatest and most powerful nation on Earth to submit their 'early baptismal circumcision certificates' among other records to the Arizona secretary of state," she said. "This is a bridge too far."

The certificates were among the documents a candidate could have submitted under the bill in place of a birth certificate.

The U.S. Constitution requires that presidential candidates be "natural-born" U.S. citizens, be at least 35 years old, and be a resident of the United States for at least 14 years. Opponents questioned whether Arizona's bill would have added additional requirements.

If candidates didn't have a copy of their birth certificates, they could meet the requirement by providing baptismal or circumcision certificates, hospital birth records and other documents.

The bill didn't explicitly provide an appeals process for a candidate whose name was kept off the ballot.

The bill's sponsor, Republican Rep. Carl Seel of Phoenix, declined immediate comment on Monday's veto. But he previously said that the president's birth record wouldn't satisfy the requirements of his proposal and that Obama would have to provide other records, such as baptismal certificates and hospital records.

The measure, however, wasn't intended as a swipe against the president — it was meant to maintain the integrity of elections, Seel said.