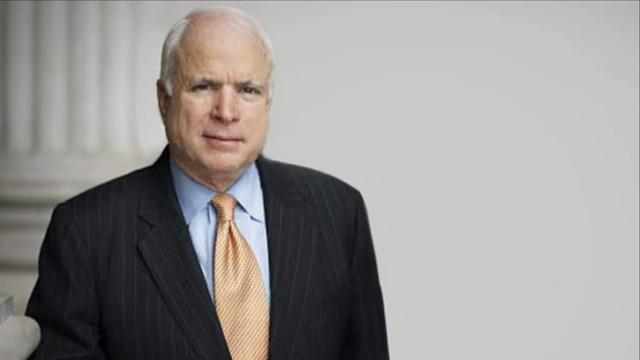 Arizona Gov. Doug Ducey, a Republican, will name a Sen. John McCain's replacement following the 81-year-old's death on Saturday. The appointee will serve until the 2020 election, and the winner of that election will serve through the remainder of McCain's term, which ends in 2022.

An aide to Ducey said in a statement to CBS News on Sunday that the governor would name a replacement after McCain is laid to rest.

"Now is a time for remembering and honoring a consequential life well lived," said Daniel Ruiz, senior adviser for communications and policy strategy to Ducey.

Since McCain did not leave office before May 30, his seat will not be open during the 2018 election.

Although it is uncertain who Ducey will choose to succeed McCain, the late senator's wife, Cindy McCain, has been floated as a possible successor. Other potential contenders include Ducey chief of staff Kirk Adams, former ambassador to Finland Barbara Barrett, and former Sen. Jon Kyl, according to the Arizona Republic.

McCain's colleague in Arizona, Sen. Jeff Flake, is retiring this year, leaving his seat open to several Republican competitors. Rep. Martha McSally, former state senator Kelli Ward and former Maricopa County Sheriff Joe Arpaio are vying for the Republican nomination for the open seat. McSally is considered the establishment choice, while Ward and Arpaio are controversial conservative firebrands. Arpaio was pardoned by President Trump this year. On the Democratic side, Rep. Kyrsten Sinema is a near lock for the nomination.

Ducey tweeted Saturday evening that he ordered flags to be lowered to half-mast in McCain's honor.