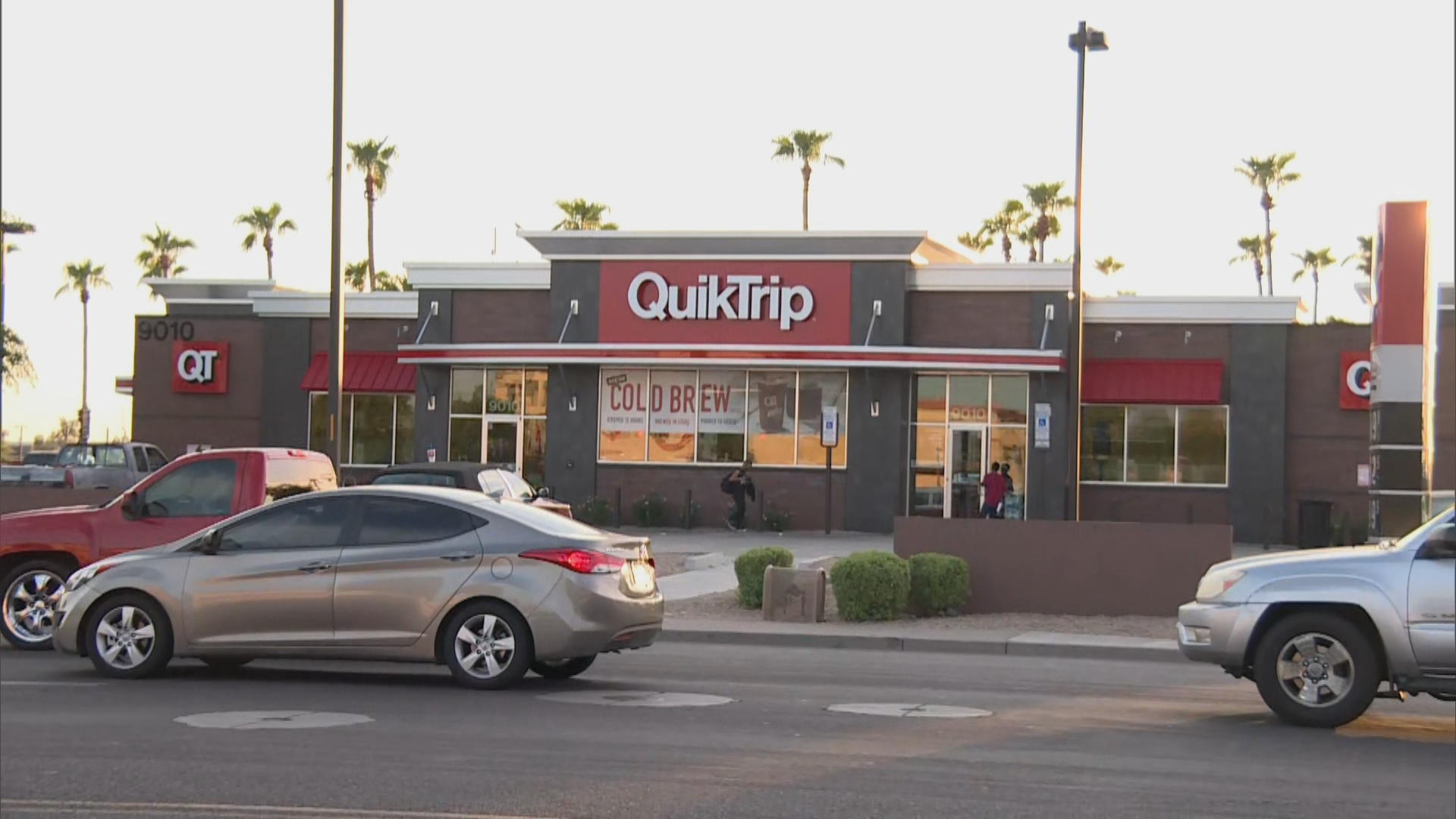 An Arizona father is charged with murder after police say he beat a man to death who was reportedly trying to go into the bathroom stall his daughter was in. Melvin Harris is accused of killing Leon Armstrong, 26, earlier this month at a QuikTrip convenience store in Phoenix.

On August 2, Harris and his teenage daughter visited the QT convenience store just before midnight so she could use the restroom. What was supposed to be a brief stop has instead had a life-changing impact on two families.

"What do you think your dad was doing that night?" CBS News correspondent Carter Evans asked.

"Protecting me," Harris' 16-year-old daughter said. Her mother asked that we do not disclose the teen's name. The daughter said she regrets telling her father what happened inside the convenience store.

"Now someone's dead. And now everyone's coming at me like I did something to him," the daughter said.

According to court records, inside the store, a man entered the women's restroom and tried to get into her closed and locked stall door.

Shortly after the teen told her dad what happened, Harris alerted a security guard "to take care of the situation or he would do it himself. Security told him they would handle the situation."

"Security was like, 'Oh, yeah, we don't play that. That's the third time he did that. We're gonna eff him up if you don't do it,'" the daughter said.

Harris later allegedly approached the man outside the QT, where he "punched him in the face causing the victim to fall." Then he allegedly "struck the victim in the face several more times and also kicked and stopped [sic] on him."

"I don't think anybody can be prepared to hear that type of news that someone just was so cruel," said Armstrong's aunt, Kathilena Johnson. She said he suffered from schizophrenia.

"Though he did have some mental illness, he was never a person that was considered a pedophile of any sort," Johnson said.

Harris is now facing a charge for second-degree murder.

"And it's sad because nobody should've died," Jackson said, adding, "She was supposed to be able to go in there and use the restroom and get her a fountain drink and go home."

A spokesperson for QuikTrip called the incident a horrible tragedy and said QT will continue to assist law enforcement with their investigation. We also reached out to the security company for comment but have not heard back. Harris alleges he didn't throw the first punch, but police say that doesn't matter.