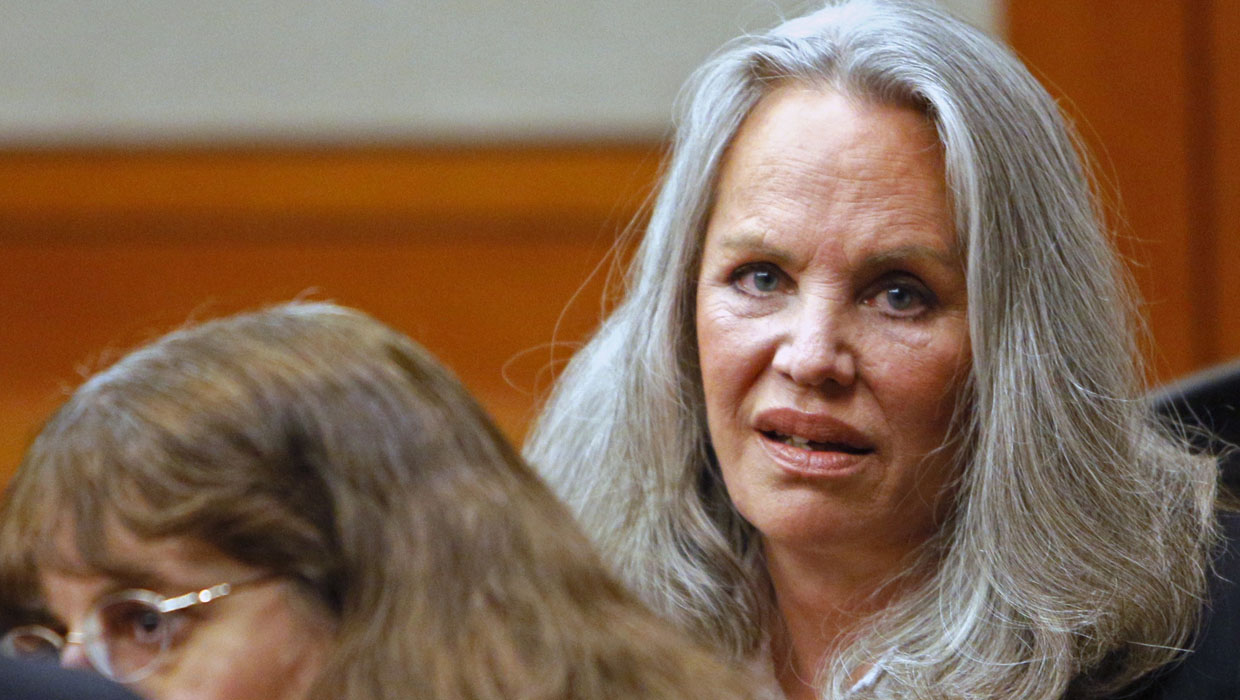 TUCSON, Ariz. - One-time socialite Pamela Phillips proclaimed her innocence on Thursday in a Tucson courtroom as she was sentenced to spend "natural life" in prison without the possibility of parole for the 1996 murder of her husband, Gary Triano.

"I am innocent," Phillips repeated three times in a row, first facing the judge and then turning to address the packed courtroom gallery.

Pima County Judge Richard Fields was unfazed, ‎ expressing "great gratitude" to the jury which found Phillips guilty and contending that he had no "residual doubt" about the verdict before imposing the natural life sentence.

Tucson developer Gary Triano was murdered after walking off the golf course when a bomb exploded inside ‎his Lincoln Town Car on Nov 1, 1996.

In 2010, Ronald Young was tried and convicted as the hit man who acted in ‎a conspiracy with Phillips.

In both trials, prosecutors alleged the ‎motive for Triano's murder was a $2 million insurance policy.

This year in Phillips' seven-week long trial, her defense team argued that Phillips and Young were innocent of the crime.

The defense claimed to have unearthed a criminal conspiracy of shadowy organized crime figures who had executed Triano‎ over debts owed. They cited information from FBI reports from 1996 and 1997, including one that alleged Triano may have had mob connections.

However, those arguments failed to impress the jury which returned a guilty verdict in less than three days of deliberations after listening to seven weeks of testimony.

In court on Thursday, Triano's two children from his marriage previous to that with Phillips, and Triano's sister, had a chance to say their piece urging the judge to impose the "natural life" sentence prohibiting the possibility of parole.

‎"Pam who at one time was my stepmother and my friend," said Heather Triano, "destroyed lives due to her greed and love of money."

Heather Triano insisted "Pam's lack of thought for her own children is appalling," re‎ferencing Phillips' and Triano's two grown children Trevor and Lois Triano, neither of whom were in the courtroom.

Triano's sister and children all took issue with the defense characterization of their father as a mob associate and swindler. They said that he was a loving and dedicated father who was charitable to the community.

Prosecutor Rick Unklesbay urged the judge to give Phillips the maximum sentence explaining that he had ‎wrestled with deciding which of the two convicted killers committed a "worse" crime. Was it Young who murdered someone he hardly knew for money, or Phillips who committed the crime against her own children and family?

"On a gut level the one more responsible is the woman sitting here," he said, referring to Phillips, shackled in an orange prison jump suit.

"This is one of the hardest things I have ever had to do in my career, watch my client be sentenced when I know she's innocent, " added Eckerstrom.

He then explained Triano's murder "is a tragedy that haunted this community (of Tucson, Ariz.) and has been multiplied" by what he termed "the‎ injustice" of convicting an innocent woman.