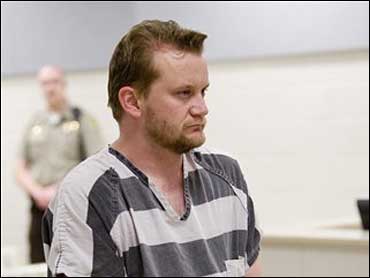 A former janitor was convicted Friday of murdering six people and attacking 19 others in dozens of random nighttime shootings of pedestrians, bicyclists and animals that terrorized this desert city over a 14-month period in 2005 and 2006.

The convictions conclude the first phase of the six-month trial of Dale Shawn Hausner, the main suspect in metropolitan Phoenix's Serial Shooter attacks. Prosecutors are seeking the death penalty against Hausner, whose penalty phase begins March 23.

Hausner scratched out notes and whispered to one of his attorneys as jurors delivered guilty verdicts on 80 of 86 charges against him. He also was acquitted in two killings.

"It was a good day because we took something bad off the street," said victim Tony Long, who still has 30 shotgun pellets in his body from when he was shot while walking in June 2006.

Hausner's relatives didn't respond to questions from reporters as they were escorted out of the courtroom by court security. Tim Agan, an attorney for Hausner, declined to comment on the verdicts.

He was acquitted in the May 2005 killings of Tony Mendez and Reginald Remillard, the July 2005 shooting of a horse and a December 2005 attack on a woman that didn't result in an injury.

"We're happy he's not going to be out in the public ever again," said Marci Matt, Remillard's sister. "Even though there was a not-guilty (verdict in Remillard's death), we still have a sense of closure today."

Authorities say Hausner preyed on people, dogs and horses in attacks that ended in August 2006 with the arrests of Hausner and his roommate at their apartment in Mesa. Inside, police found guns, news clippings of the killings and a city map marked with the locations of some of the shootings.

The Serial Shooter attacks and an unrelated serial killer case kept neighborhood watch groups on high alert in the summer of 2006. Families stayed inside as police searched for the killers, and authorities called meetings that drew hundreds of people who learned more about the attacks and were encouraged to provide tips.

Police investigating the Serial Shooter case said Hausner attacked people from his car in a conspiracy that occasionally included his brother, Jeff Hausner, and his former roommate, Samuel Dieteman.

Dieteman, the star prosecution witness, testified that he and Dale Hausner cruised around late at night looking for strangers to shoot.

Taking the stand in his own defense, Hausner denied any involvement in the attacks, offered alibis and suggested that Dieteman may have carried out some of the attacks. Dieteman, who is awaiting sentencing after pleading guilty to two of the killings, could face the death penalty.

Dieteman said Hausner never explained why he wanted to shoot people, though Hausner professed a hatred for prostitutes and homeless people as they looked for victims in areas frequented by streetwalkers.

In one attack, Dieteman said he and Hausner found the sight of a victim wounded by Hausner to be funny, because they didn't think he was seriously injured, even though the victim was holding his stomach and appeared angry.

Later that night, Dieteman said he committed his first shooting after spotting a woman walking on a sidewalk in Scottsdale. "'It's your turn, dude,"' Dieteman quoted Hausner as saying. The victim, 20-year-old restaurant worker Claudia Gutierrez Cruz, was shot after stepping off a bus on her way home from work and died at a hospital.

Two months before their arrests, Dieteman said he saw Hausner wound a man with a shotgun blast. Dieteman said they doubled back in Hausner's car to see whether the victim was dead and returned to the scene to tell police that they lived nearby and were looking for a lost cat.

The men were considered witnesses at the time. Hausner told jurors he came across victim James Hodge in their search for the animal and stuck around to talk to an officer.

In his testimony, Hausner portrayed himself as a busy divorced father of a sick daughter, a bachelor who had several girlfriends and a go-getter with side jobs in standup comedy, bartending and boxing photography. He appeared in a TV commercial for a personal injury law firm.

Prosecutors said Hausner carried out the shootings for fame and kept news clippings of the crimes as trophies.

Hausner's lawyers told jurors that Dieteman gave authorities bad information in hopes of getting out of the death penalty.

Hausner's brother, Jeff Hausner, pleaded guilty in 2007 to a stabbing and is serving a 7 1/2-year prison term. He was indicted in another stabbing attack related to the Serial Shooter case last summer. He has pleaded not guilty in that case.