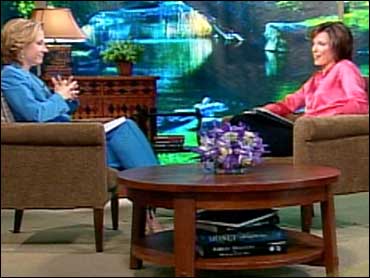 According to a study featured in the July 2004 Journal of Allergy and Clinical Immunology - a peer-reviewed scientific publication of the American Academy of Allergy, Asthma and Immunology - every home in the United States contains some dog and/or cat allergen.

Samuel J. Arbes, Jr. DDS, MPH, PhD, and his colleagues from Durham Research Triangle Park in North Carolina, gathered this information from the first National Survey of Lead and Allergens in Housing (NSLAH1). The NSLAH1 is a cross-sectional survey of 831 homes housing 2,456 individuals in a total of 75 locations across the United States. Questionnaires were administered and environmental samples were collected from various rooms in each household. The National Institute of Environmental Health Sciences (NIEHS) and the U.S. Department of Housing and Urban Development conducted the survey over a year between 1998 and 1999.

The study found that, although dogs and/or cats resided in only 49.1 percent of the homes, there was dander in between 99.9 and 100 percent of residences. The study also found that the majority of U.S. homes sustain allergen levels exceeding proposed sensitization thresholds.

The highest concentrations of dog and cat allergen were found on couches. In homes with pets, this finding may be reflective of where pets like to lounge. It could also reflect the site most likely to come in contact with clothing worn outside the home.

Although most U.S. households have neither a dog nor an indoor cat, the question arises: Why are these allergens found in homes without pets? A potential explanation could be that pets lived in the home previously and their allergens have persisted over time. Dog and cat allergen, says The Early Show medical correspondent Dr. Emily Senay, easily adhere to many surfaces in the home, including rugs, walls and clothing, thus making total elimination of allergen difficult.

Another possible explanation is that dog and cat allergen are easily transported on clothing, making it detectable in locations free of dogs and cats. Pet allergens have been detected in a variety of public places such as schools, trains, buses, hospitals, shopping malls, cinemas, hotels, and even in allergists' offices. In their study, researchers discovered that allergens were present in almost every public space, and that people suffering from animal allergies may find that they experience symptoms such as coughing, sneezing and watery eyes even when there is no animal around.

Researchers consider these findings reason to call for the development of environmental interventions that take into account the community as a potential reservoir for dog and cat allergens.

In the meantime, Senay has tips for people suffering from pet allergies: