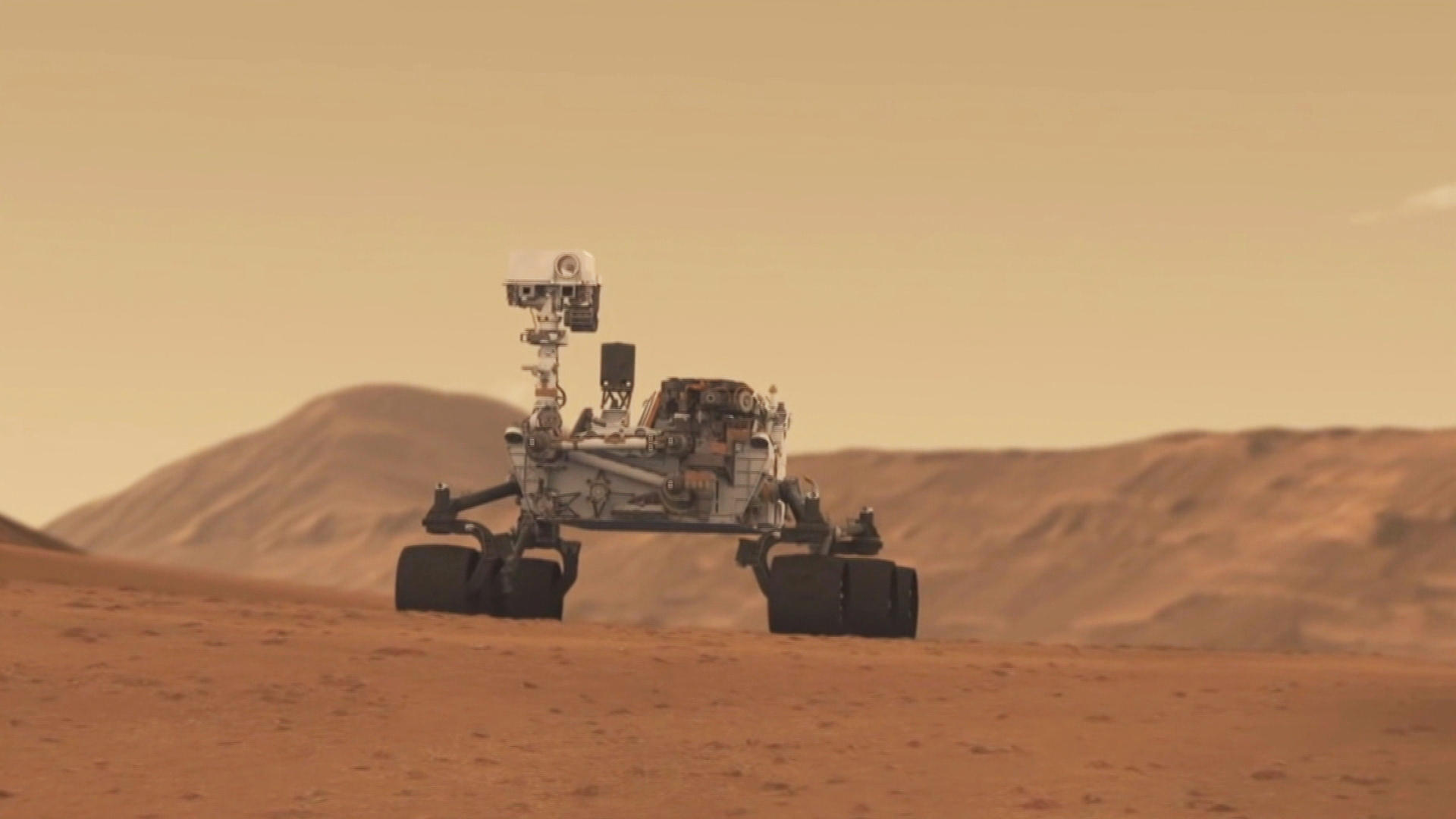 Is Earth the only planet in our solar system that has life on it? Scientists can't say for sure, but it's possible life could have flourished on Mars based on data gleaned by the Mars rover "Curiosity." Bill Whitaker reports on the sights and data beamed back more than 30-million miles from Mars by Curiosity, information that's telling scientists a lot about the Red Planet and Earth. Whitaker's report will be broadcast on 60 Minutes Sunday, March 12 at 7 p.m. ET/PT.

Whitaker visits the Jet Propulsion Laboratory in Pasadena, California, to bring viewers on a trip to Mars. JPL monitors show incredible images from its surface, such as a sunset and Martian terrain. But information from Curiosity's internal lab offers evidence of essential organic chemicals, leading JPL's Chief Engineer Rob Manning to consider an even wilder trip. "Could have been that Mars was habitable before Earth was and life got its foothold on Mars and took its journey to Earth and we're all Martians."

Manning explains. "When a meteor comes along and hits Mars, a rock from Mars can be lifted up, travel in circles around the sun until someday it will bump into Earth," he tells Whitaker. "We've found Mars rock…we've found them all over the Earth."  Manning says Earth rocks have traveled to Mars in the same way and that it's possible life could have survived the journey.

Curiosity traveled to Mars four years ago and has been collecting information and beaming it back all this time.  The device is controlled by technicians at JPL, who can instruct it to perform tasks each day, such as capturing images of the surface, or drilling and analyzing Martian rock.

The device is a modern marvel that weighs a ton. One of the biggest challenges for scientists was executing a safe landing for the heavy machine, the main piece in a program that costs more than $2 billion. The solution involved a flying saucer, giant cables and retrorockets. There were skeptics. Watch the animation.

Says lead engineer Adam Steltzner, "The man in the street says, 'That looks crazy.' I could of told you it was crazy."