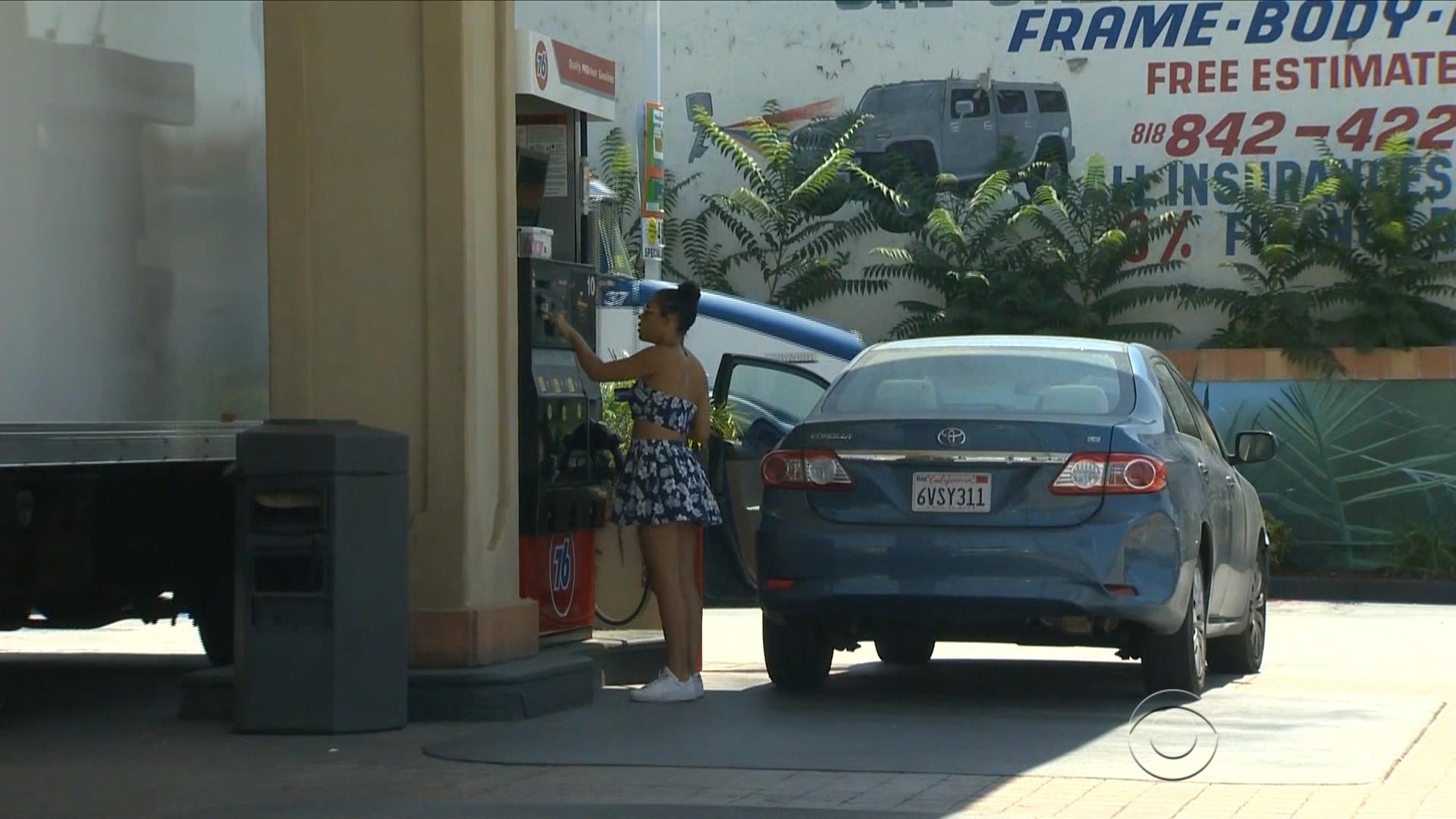 LOS ANGELES -- Gas prices continue to fall across the country. The national average for a gallon of regular gas is $2.12, according to AAA.

But in the most populous state -- California -- people are paying some of the nation's highest prices. A consumer watch group says California drivers are being taken for a ride.

"This is the Golden State gouge at its full luster," Consumer Watchdog president Jamie Court said.

He said the evidence is in the difference between wholesale and retail prices in California.

In a statement, the trade group that represents oil companies in the western U.S. said: "Repeated investigations and independent analysis have consistently demonstrated that market factors are the primary driver of fuel costs in California."

Consumer Watchdog, meanwhile, accuses oil companies of limiting the amount of gasoline they refine to keep retail prices high and points to a recent remark from an oil company CEO on an earnings call as proof.

"The bottom line is there's too much clean product, and the only way you can solve that problem is reducing the amount of clean product that you make," PBF Energy CEO Thomas Nimbley said.

"They can make enough. They choose not to. I think that's absolutely clear from this quote," Court said.

Senior oil analyst Patrick Dehan of the website GasBuddy isn't so sure.

"The nature of the market in California may breed some -- what you could call -- a less competitive marketplace. There are less refiners, there may be less competition and that probably does contribute to slightly higher prices," Dehan said. "Based on the way the market is moving every day, I would not call it manipulation."

Market analysts say it can take up to a month for lower wholesale prices to trickle down to the pump. In the meantime, California's attorney general is investigating the situation.