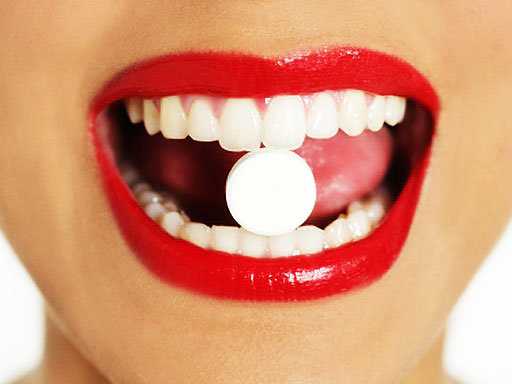 Many people who take popular antacid pills like Aciphex, Dexilant, Nexium, Prevacid, Prilosec, and Protonix don't need them, according to a series of studies presented here at the American College of Gastroenterology's annual meeting.

Doctors tend to overprescribe the drugs, known as proton pump inhibitors (PPIs), for patients in and out of the hospital, the studies find.

"I'm uncomfortable when people who have heartburn start the drugs on their own, or when a health care professional guesses and puts them on the drugs," says Mayo Clinic gastroenterologist Yvonne Romero, MD. Romero, who was not involved with the work, reviewed the findings for WebMD. She has received grants from makers of several acid-suppressing drugs.

Proton pump inhibitors are the most powerful class of antacid drugs. It's the third highest-selling class of drugs in the U.S. In 2009, doctors wrote 113.6 million prescriptions for the drugs. Prevacid 24HR, Prilosec OTC, and the combination medication Zegerid OTC that contains a PPI and sodium bicarbonate are available without prescription.

Why are they so popular? The drugs do a great job of reducing stomach acid. They are safe compared with most medications. But mostly, they make people feel better, Romero says.

They're not only more powerful than simple over-the-counter antacids such as Maalox, Rolaids, and Tums, they also reduce stomach acid more than the H2 receptor antagonist (H2RA) drugs such as Axid, Pepcid, Tagamet, and Zantac.

And many Americans find it's much easier to take a pill than to eat less chocolate, caffeine, fatty foods, or other foods that can trigger heartburn, she says.

On the doctor's side, electronic medical records may be contributing to misuse, Zachary Smith, MD, a medical resident at the University of Chicago's NorthShore University Health System in Evanston, Ill., tells WebMD.

For all their good, electronic records make it easy to continue a medication by pushing a button. "So once a patient is on a safe drug like a PPI, it may be continued indefinitely and into the outpatient setting," says Smith, who led one of the new studies.

Plenty. "If you take them indiscriminately, you reduce the benefit-to-risk ratio," Romero says.

Published studies have linked PPIs to an increased risk of potentially deadly diarrhea caused by the bug Clostridium difficile, or C. diff. There's also a slightly increased risk of fracture in some risk women taking PPIs at high doses and/or for extended periods of time.

Several studies have shown that people who take a PPI may be more likely to catch pneumonia. Suppression of stomach acid may also reduce the body's ability to absorb calcium and magnesium, Romero says.

And they're not cheap, she adds. A year's supply of over-the-counter Prevacid 24HR costs about $200. If you're prescribed a more expensive PPI, the annual price tag could be 10 times higher or more.

The bottom line: "We have to educate patients and doctors on when and how to use PPIs," she says.

That means prescribing them only for serious conditions that occur when stomach acid escapes into the esophagus -- reflux disease and Barrett's esophagus, for example, Romero says. They're also used to prevent and treat ulcers in the small intestine and the stomach, among other conditions.

When PPIs are used, she advises doctors to use shorter courses and lower doses when possible. And just because they're available at the local store, people shouldn't start popping the pills without telling their doctors.

"We also need to train doctors so they know it's OK to stop a PPI after it's started. Just because it's good for them in the intensive care unit doesn't mean they have to stay on it," Romero says.

Doctors and patients should consider other treatments for heartburn, including non-drug treatments such as stress reduction, weight loss, and smoking cessation, she says.

Among the new research presented at the meeting:

In total, 56 patients (26%) received PPIs inappropriately while in the hospital, Smith says.

Also, 157 patients (44%) were sent home with a PPI prescription. Of these, 14 (9%) had no apparent reason to stay on PPI therapy after they were discharged, he says.

But about 40% were sent home from the hospital with an unnecessary prescription for the drugs. PPIs were less likely to be discontinued than H2RA drugs.

About 71% of the gastroenterologists prescribed PPIs in an optimal manner. But more than half of patients receiving prescriptions from their primary care doctors and about 60% of people who bought the drugs on their own may not have needed the drugs or took them for longer than needed, the study showed.