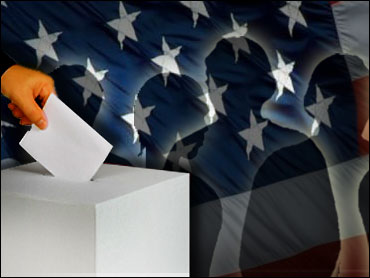 Early Show co-anchor Maggie Rodriguez emceed a luncheon Sunday at which Barack addressed the annual conference of the National Council of La Raza, the largest Hispanic civil rights and advocacy organization in the United States. She'll do the same when John McCain addresses the group Monday. It's the third time in two weeks that the presidential candidates are speaking to Latino groups, a sign of how crucial both know the Hispanic voting block is to their chances of capturing the White House. And in this report, Rodriguez lays out how just important the Latino vote has been, and how critical it's becoming.


From coast to coast, in countless corners of American cities, the Latino influence is undeniable.

Latinos are the largest minority in this country, 45 million strong, and growing. By 2050, that number's expected to almost triple, to 128 million. And with a growing Latino population comes more influence for Latino voters.

"In 2008, we're culminating on several years of activism and mobilization of the Latino community," observes Arturo Vargas, executive director of the National Association of Latino Elected and Appointed Officials. "Let's look back two years ago, with the 2006 marches, where millions of people took to the streets, many of them young people who said, 'Today, we march, tomorrow, we vote.' Well, tomorrow has arrived."

Though Latinos make up just nine percent of the electorate, in swing states such as New Mexico, 37 percent of voters are Hispanic; in Florida, 14 percent, and 12 percent in Colorado and Nevada.

Voters in these states have decided the last two presidential elections.

"Only about 500 Latino voters in Miami decided that George Bush, and not Al Gore, should be the next president," points out Jorge Ramos, an anchor for the Spanish-language network Univision . "In the year 2004, if only 67,000 Latinos in Nevada, Colorado and New Mexico would have voted for John Kerry instead of George Bush, John Kerry would have been president of the United States."

Ramos says that's why Obama and McCain need to aggressively woo Hispanic voters, and are talking to Hispanic audiences and aiming ads at Latinos.

They're also using influential Hispanic surrogates, such as Los Angeles' Mexican-American mayor, Antonio Villaraigosa, an Obama backer, who says, "We have to go out into every community all across the country, particularly in swing states."

Canvassing the country is only half the battle. Latino leaders agree the candidates must also address the issues that matter to this diverse electorate.

Says Univision's Ramos, "Latinos are no different from other groups. So, the three most important issues for Latinos are education, jobs and health care. ... So, it would be a huge mistake for Barack Obama and John McCain to believe that we are all exactly the same, that we all come from Mexico and that we only care about immigration."

Obama got a very warm reception at Sunday's luncheon and several standing ovations, and historically, most Latinos tend to vote Democratic. But Obama faces several hurdles. He's never been to Latin America. Lations widely supported Hillary Clinton over him in the primaries. And there've have been tensions throught the years between Latinos and African-Americans.

Recent polls show Obama with a strong lead over McCain among Latino voters, but McCain knows he doesn't need to win a majority of Latinos -- in 2004, President Bush won just over 40 percent -- but it was enough to defeat John Kerry.
MMVIII, CBS Interactive Inc. All Rights Reserved