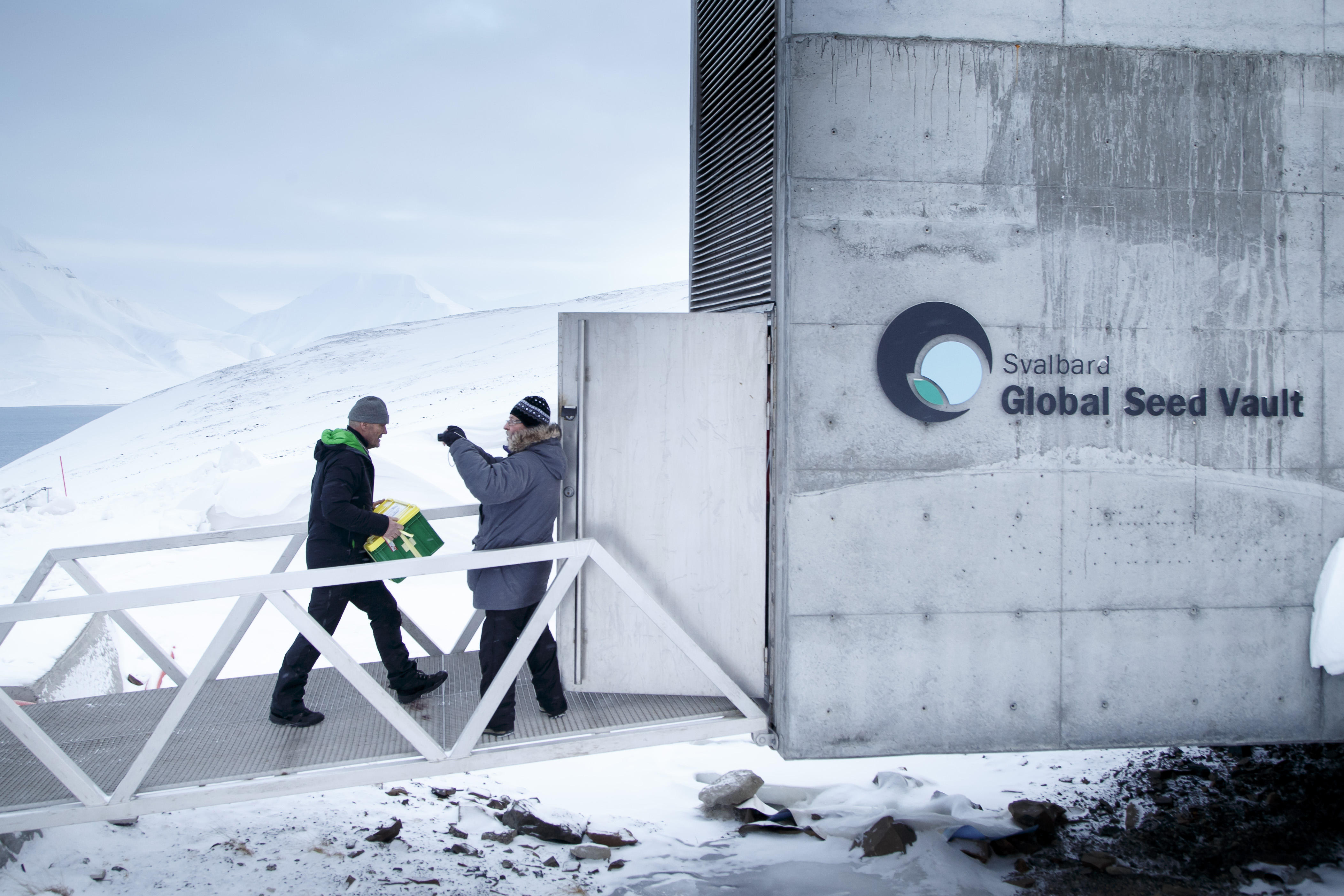 HELSINKI -- Nearly 10 years after a “doomsday” seed vault opened on an Arctic island, some 50,000 new samples from seed collections around the world have been deposited in the world’s largest repository built to safeguard against wars or natural disasters wiping out global food crops.

The Svalbard Global Seed Vault, a gene bank built underground on the isolated island in a permafrost zone some 620 miles from the North Pole, was opened in 2008 as a master backup to the world’s other seed banks, in case their deposits are lost.

The latest specimens sent to the bank, located on the Svalbard archipelago between mainland Norway and the North Pole, included more than 15,000 reconstituted samples from an international research center that focuses on improving agriculture in dry zones. They were the first to retrieve seeds from the vault in 2015 before returning new ones after multiplying and reconstituting them.

The specimens consisted of seed samples for some of the world’s most vital food sources like potato, sorghum, rice, barley, chickpea, lentil and wheat.

Speaking from Svalbard, Aly Abousabaa, the head of the International Center for Agricultural Research, said Thursday that borrowing and reconstituting the seeds before returning them had been a success and showed that it was possible to “find solutions to pressing regional and global challenges.”

The agency borrowed the seeds three years ago because it could not access its gene bank of 141,000 specimens in the war-torn Syrian city of Aleppo, and so was unable to regenerate and distribute them to breeders and researchers.

“The reconstituted seeds will play a critical role in developing climate-resilient crops for generations,” Abousabaa said.

The 50,000 samples deposited Wednesday were from seed collections in Benin, India, Pakistan, Lebanon, Morocco, Netherlands, the U.S., Mexico, Bosnia and Herzegovina, Belarus and Britain. It brought the total deposits in the snow-covered vault - with a capacity of 4.5 million - to 940,000.