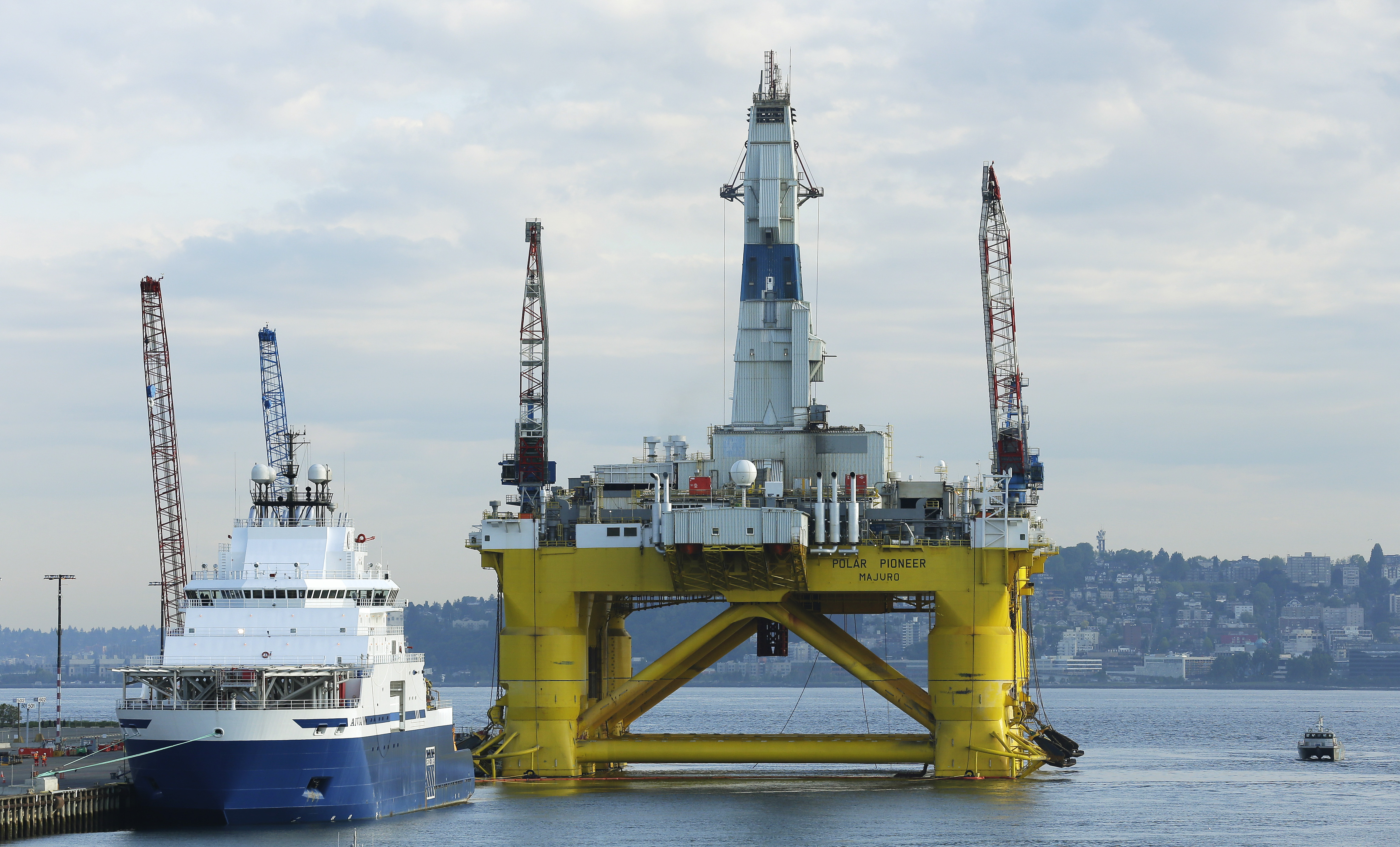 HONOLULU -- President Barack Obama on Tuesday designated the bulk of U.S.-owned waters in the Arctic Ocean and certain areas in the Atlantic Ocean as indefinitely off limits to future oil and gas leasing.

The White House announced the actions in conjunction with the government of Canadian Prime Minister Justin Trudeau, which also placed a moratorium on new oil and gas leasing in its Arctic waters, subject to periodic review.

Mr. Obama is making use of an arcane provision in a 1953 law to ban offshore leases in the waters permanently. The statute says that “the president of the United States may, from time to time, withdraw from disposition any of the unleased lands of the outer Continental Shelf.”

Environmental groups hope the ban, despite relying on executive powers, will be difficult for future presidents to reverse. The White House said it’s confident the president’s order will withstand legal challenge and said the language of the statute provides no authority for subsequent presidents to undo permanent withdrawals.

The Atlantic waters placed off limits to new oil and gas leasing are 31 canyons stretching off the coast of New England south to Virginia, though some had hoped for a more extensive ban that would have extended further south.

The administration cited environmental concerns in both regions to justify the moratorium. Mr. Obama also cited the importance of the Chukchi and Beaufort seas in providing subsistence for native Alaskans and the vulnerability of the ecosystem to an oil spill to justify his directive.

Mr. Obama also noted the level of fuel production occurring in the Arctic. Mr. Obama said just 0.1 percent of offshore crude production came from the Arctic in 2015, and at current oil prices, significant production would not occur in future decades.

“That’s why looking forward, we must continue to focus on economic empowerment for Arctic communities beyond this one sector,” Mr. Obama said.

“Instead of building on our nation’s position as a global energy leader, today’s unilateral mandate could put America back on a path of energy dependence for decades to come,” said Dan Naatz of the Independent Petroleum Association of America.

And Alaska Gov. Bill Walker, an independent, said Mr. Obama’s move marginalized local voices. He said no one is more invested than Alaskans in making sure Arctic habitats are protected.

“To lock it up against any further exploration or development activity is akin to saying that the voices of activists who live in Lower 48 cities have a greater stake than those to whom the Arctic is our front yard and our back yard,” he said in a statement.

In issuing a permanent ban, Mr. Obama appears to be trying to tie the hands of his successor. Mr. Trump has vowed a domestic energy revolution and is filling his Cabinet with nominees deeply opposed to Mr. Obama’s environmental and climate change actions.

Environmental groups were calling for a permanent ban even before the presidential election, but Mr. Trump’s victory has provided greater urgency for them and for businesses that rely on tourism and fishing. Mr. Trump has said he intends to use all available fuel reserves for energy self-sufficiency - and that it’s time to open up offshore drilling.

A key question to be answered is how difficult it will be for future presidents to overturn Mr. Obama’s decision should they seek to do so.

“Fortunately, there is no such thing as a permanent ban,” said the institute’s Erik Milito.

But White House officials in a conference call with reporters said previous “indefinite withdrawals” remain in place and voiced confidence that Mr. Obama’s decision will stand.

Advocacy groups were already warning that they were prepared to file suit to protect the ban during future administrations.

“If Donald Trump tries to reverse President Obama’s withdrawals, he will find himself in court,” said Marissa Knodel of Friends of the Earth.

Frank Knapp, president of the South Carolina Small Business Chamber of Commerce in Columbia, said he was “extremely disappointed” in the decision not to extend drilling protections to the entire Atlantic seaboard.

Knapp and his group were among a number of business groups in the southeast who had advocated for banning new drilling leases off their shores, arguing that the environmental impacts would hurt fishing, tourism and other businesses the region relies upon. He’d gone to Washington to meet with Obama administration officials, and believed the entire Atlantic was to be protected.

The decision came as Mr. Obama spends the holidays in Hawaii. Some Democratic lawmakers applauded Obama, while some Republicans were highly critical.

“As President-elect Trump nominates fossil fuel allies to his Cabinet, President Obama has instead put the interests of millions of Americans ahead of those of Big Oil with these permanent protections,” said Democratic Sen. Ed Markey of Massachusetts.

“The extremes to which this president will go to appease special interests never ceases to amaze,” countered Rep. Rob Bishop, R-Utah, and chairman of the House Committee on Natural Resources. “This is not a moral calling; it’s an abuse of power.”