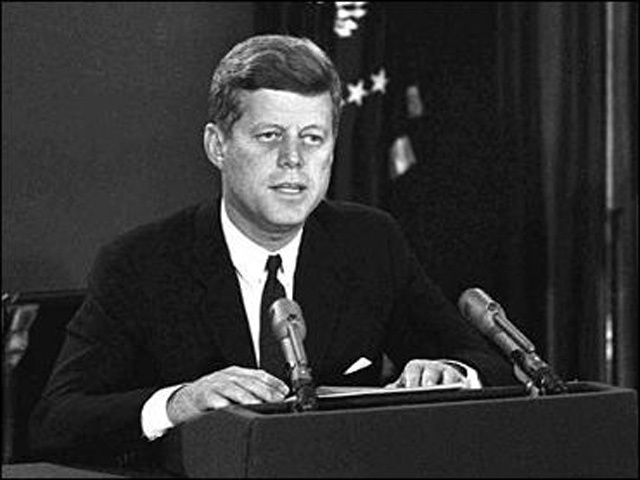 WASHINGTON Fifty years after the Cuban missile crisis, the National Archives in Washington has pulled together documents and secret White House recordings to show the public how President John F. Kennedy deliberated to avert nuclear war.

The exhibit opens Friday to recount the showdown with the Soviet Union. It is called "To the Brink: JFK and the Cuban Missile Crisis."

In the fall of 1962, Soviet Premiere Nikita Khrushchev ordered a secret deployment of a nuclear strike force in Cuba. The missiles would be able to reach most U.S. cities within five minutes.

Kennedy said the missiles would not be tolerated, but Khrushchev refused to remove them. A standoff lasted 13 days in October 1962 before it was peacefully resolved.

The exhibit moves to Boston's Kennedy Presidential Library in April.