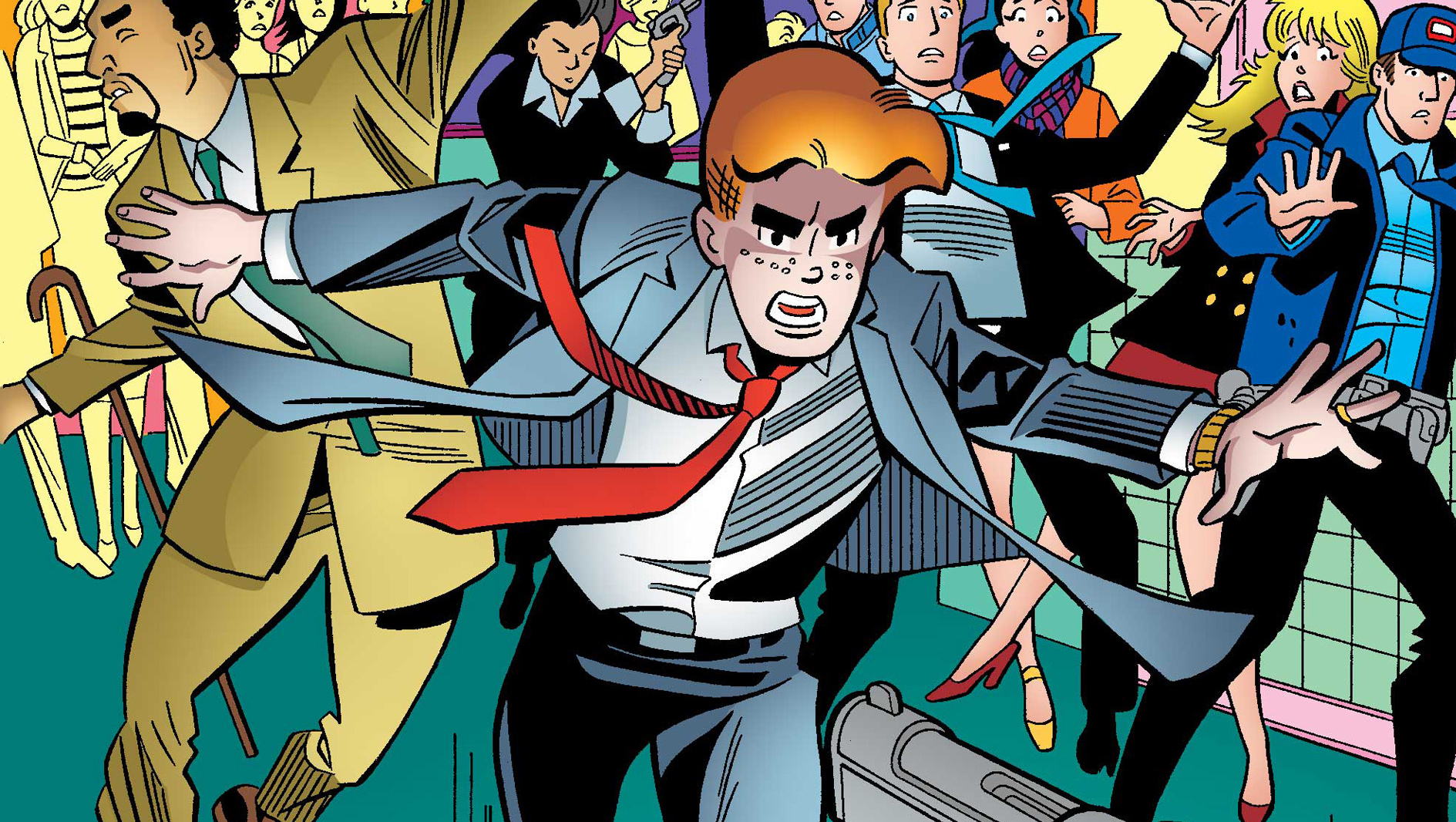 Archie Andrews will die taking a bullet for his gay best friend.

The famous freckle-faced comic book icon is meeting his demise in Wednesday's installment of "Life with Archie" when he intervenes in an assassination attempt on Kevin Keller, Archie Comics' first openly gay character. Andrews' death, which was first announced in April, will mark the conclusion of the series that focuses on grown-up renditions of Andrews and his Riverdale pals.

"The way in which Archie dies is everything that you would expect of Archie," said Jon Goldwater, Archie Comics publisher and co-CEO. "He dies heroically. He dies selflessly. He dies in the manner that epitomizes not only the best of Riverdale but the best of all of us. It's what Archie has come to represent over the past almost 75 years."

Keller's character first joined Veronica Lodge, Betty Cooper, Jughead Jones and Reggie Mantle in the Archie Comics spin-off "Veronica" in 2010. He later appeared in his own solo title. In "Life with Archie," Keller is a married military veteran and newly elected senator who's pushing for more gun control in Riverdale after his husband was involved in a shooting.

Who shot Archie? Goldwater isn't spoiling the killer, only teasing it's a stalker who wanted to take Keller down.

Archie's final moments will be detailed in "Life with Archie" No. 36, while issue No. 37 will jump forward a year and focus on the Riverdale gang honoring the legacy of their red-headed pal, who first appeared in comics in 1941 and went on to become a colorful icon of wholesomeness. Other incarnations of Andrews will continue to live on in Archie Comics series.

In recent years, deaths of high-profile comic book characters like Peter "Spider-Man" Parker and Steve "Captain America" Rogers have made headlines and garnered intense reaction from fans. Goldwater notes that Andrews' passing isn't just a publicity stunt but also a lesson about gun violence and a declaration of diversity in the new age of Archie Comics.

"Archie is not a superhero like all the rest of the comic book characters," said Goldwater. "He's human. He's a person. When you wound him, he bleeds. He knows that. If anything, I think his death is more impactful because of that. We hope by showing how something so violent can happen to Archie, that we can -- in some way -- learn from him."