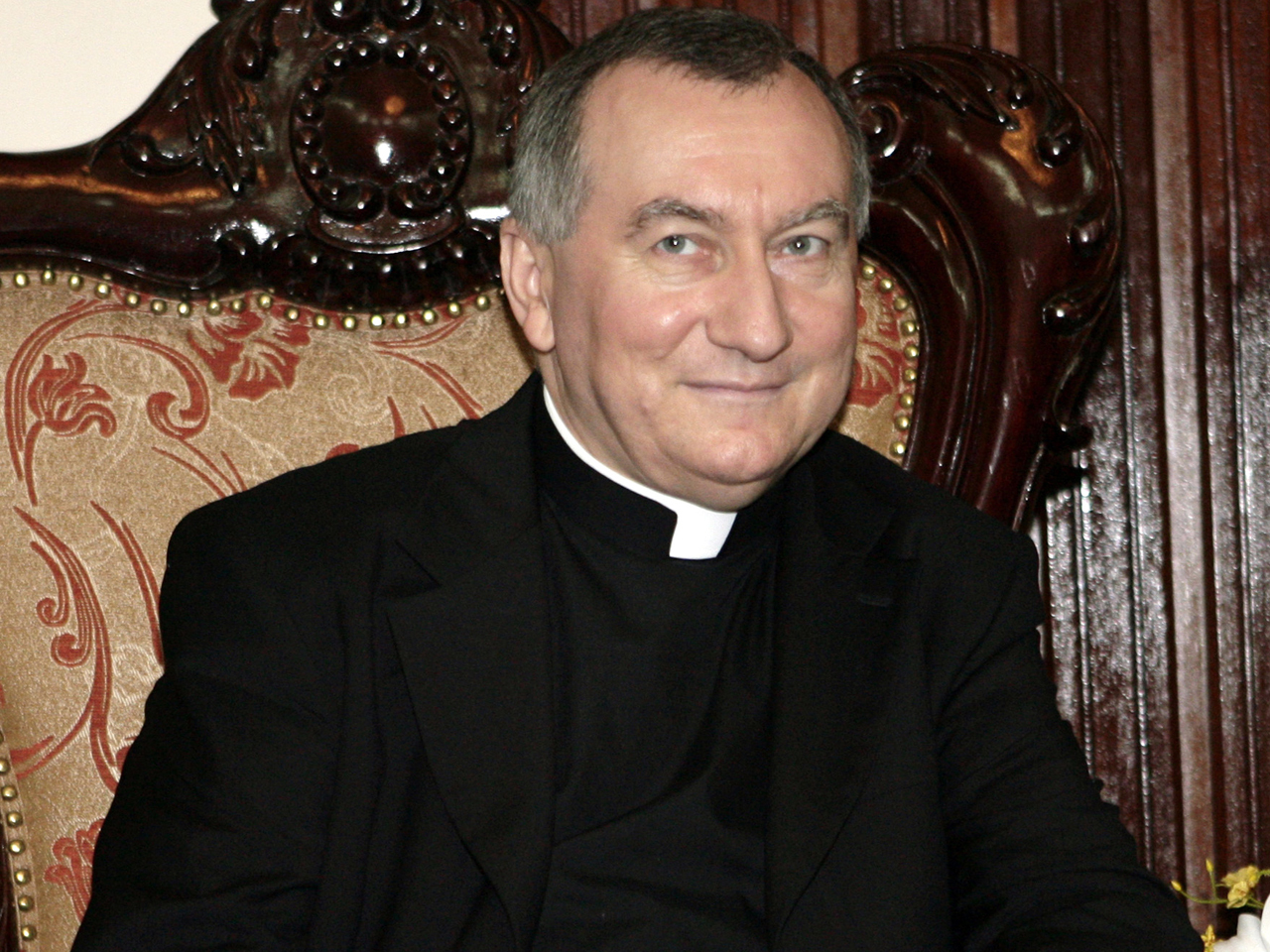 VATICAN CITY Pope Francis on Saturday tapped a veteran diplomat as the Vatican's No. 2 to replace the Holy See's secretary of state, who in recent years increasingly became a divisive figure in the church's hierarchy.

The Vatican announced that Archbishop Pietro Parolin, 58, an Italian and former deputy foreign minister at the Vatican, will take up the post held since 2006 by Italian Cardinal Tarcisio Bertone, starting on Oct. 15. Bertone will remain in the position until then, giving Parolin, currently serving as papal envoy to Venezuela, time to prepare for his new duties.

Benedict XVI, who retired as pontiff earlier this year, had relied heavily on Bertone as one of the few advisers in his inner circle. Bertone, a Genoa archbishop, had served Benedict for many years at the Vatican.

The Vatican noted that Bertone, 78, was retiring under a church law that requires cardinals who hold top curia posts to offer their resignations when they turn 75. Benedict had kept him in place, reportedly to the irritation of a rival faction of Vatican bureaucrats loyal to Bertone's predecessor, Cardinal Angelo Sodano.

A scandal during the latter years of Benedict XVI's papacy involving the theft of papal documents and embarrassing revelations of alleged corruption and power plays at the Vatican was widely seen as aiming to discredit Bertone. Some speculate that the scandal contributed to Benedict's conclusion that he no longer had the mental or physical strength to guide the Roman Catholic church. He stepped down in February, the first pope in 600 years to resign.

Most of the documents, leaked by Benedict's butler to an Italian journalist, were of interest only to Italians, a reflection of centuries of dominance and intrigue by Italians in the Vatican. The purloined papal papers concerned relations between Italy and the Vatican and a few local scandals and personalities. The main aim of the disclosures appeared to be to discredit Bertone, who would have been expected to protect Benedict, a theologian with little apparent skill for navigating the political maneuvering around him.

Pope Francis will hold a special audience on Oct. 15, the Vatican said, "in order publicly to thank Cardinal Bertone for his faithful and generous service to the Holy See."

Parolin, when deputy foreign minister, shuttled between Rome and Hanoi in a partly successful bid to improve decades of thorny relations between the Vatican and the communist leadership of Vietnam. In 2009, Parolin told reporters in Hanoi that the Holy See and Vietnam had laid a "good basis" for eventually establishing diplomatic relations. After the Philippines, Vietnam has one of Asia's largest communities of Catholics.

The incoming No. 2, a native of northeast Italy, began his diplomatic career at the Vatican in 1986, and served in papal missions in Nigeria and Mexico. He was posted to Venezuela as papal nuncio in 2009.

In a statement, Parolin pledged that he would give Francis his "complete availability to work with him and under his guidance for the greater glory of God, the good of the holy Church and the progress and peace" so humanity might find "reasons to live and hope."