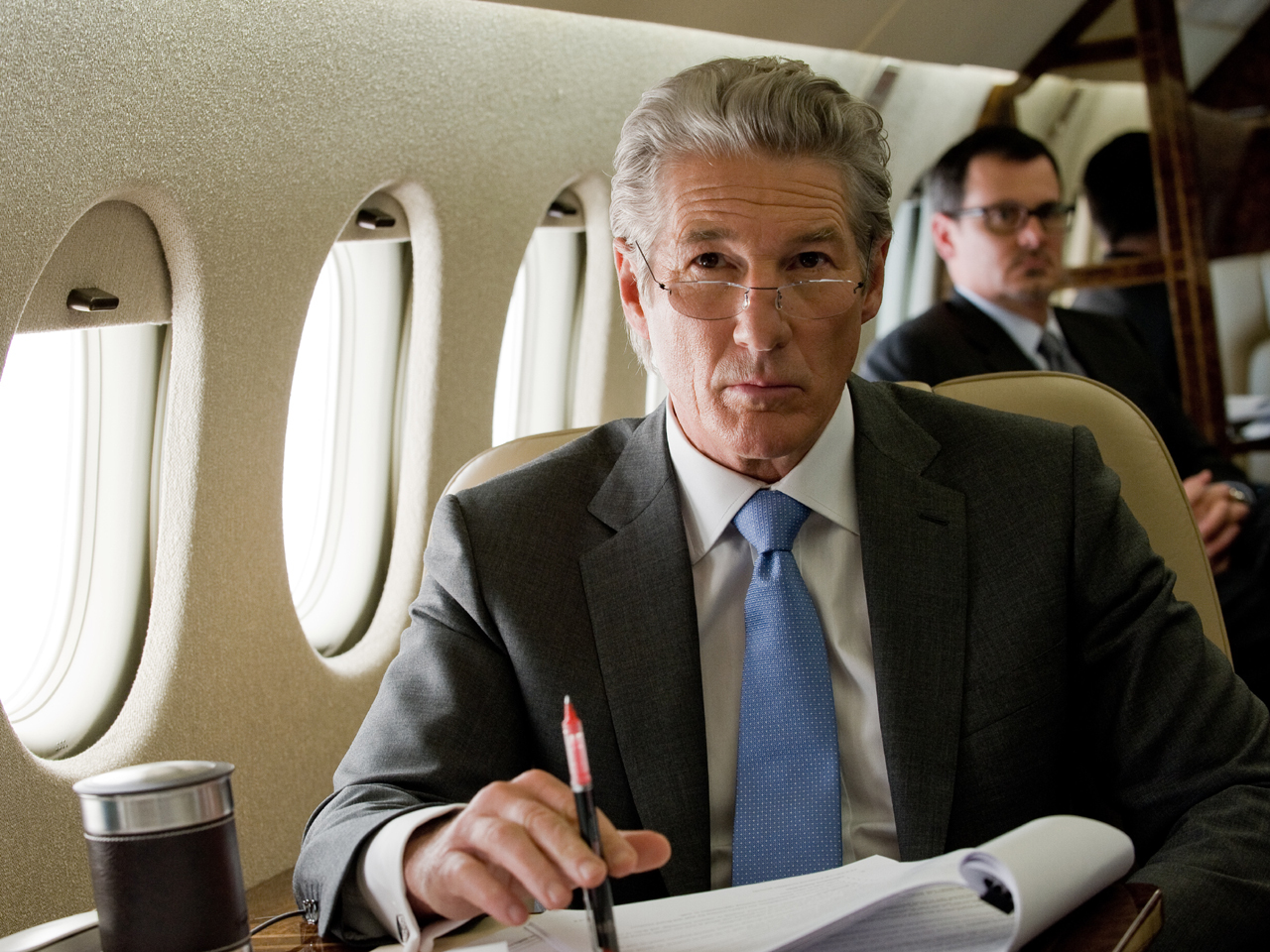 The 63-year-old "Pretty Woman" actor stars alongside Susan Sarandon and Tim Roth in the drama about a man desperate to complete the sale of his trading empire. He ends up making a mistake that forces him to turn to an unlikely person for help. Gere and Sarandon previously appeared together on the big screen in the 2004 romantic comedy "Shall We Dance."

The critics have chimed in on the new Nicholas Jarecki-directed film, with Rotten Tomatoes giving "Arbitrage" a very respectable 81 percent rating.

Gere has attracted attention for his acting in the film, with Manohla Dargis of The New York Times noting, "Mr. Gere is one of cinema's great walkers, graced with a suggestively predatory physical suppleness, and he slips through the movie like a panther. He's the film's most deluxe item."

But not everyone agrees. The New York Post's Klye Smith wrote, "And as for that so-called Oscar buzz for Mr. Gere, allow me to apply a little buzzicidal ointment. Clint Eastwood's chair has a better shot at an Oscar nomination."

See what else critics are saying:

Peter Debruge of Variety: "Between this cast and the conviction Jarecki brings to the table, the film feels incredibly accomplished for a first feature."

Kyle Smith of The New York Post gave it 2 out of 4 stars: "'Arbitrage' is a decent enough way to spend your time compared to, say, waiting on line at the grocery story. But why grade on a curve? Every episode of 'Law & Order' I've ever seen has a more complicated and plausible plot, punchier dialogue and more New York authenticity, all in less than half the time consumed by this poky would-be finance thriller."

Mary F. Pols of TIME: "The main reason to see 'Arbitrage' is Gere, whose steady improvement with age (he just turned 63) is not remarked upon enough."

Peter Travers of Rolling Stone: "Richard Gere's performance in the sinfully entertaining 'Arbitrage' is too good to ignore...he is at the peak of his powers."

Roger Ebert of The Chicago Sun-Times: "Hitchcock called his most familiar subject 'The Innocent Man Wrongly Accused.' Jarecki pumps up the pressure here by giving us a Guilty Man Accurately Accused, and that's what makes the film so ingeniously involving."

Christy Lemmire of The Associated Press: "Gere is so charming, so irresistible when he's on top of the world - when he's got all those plates humming in unison - that he kind of makes you root for his character to get away with it all."