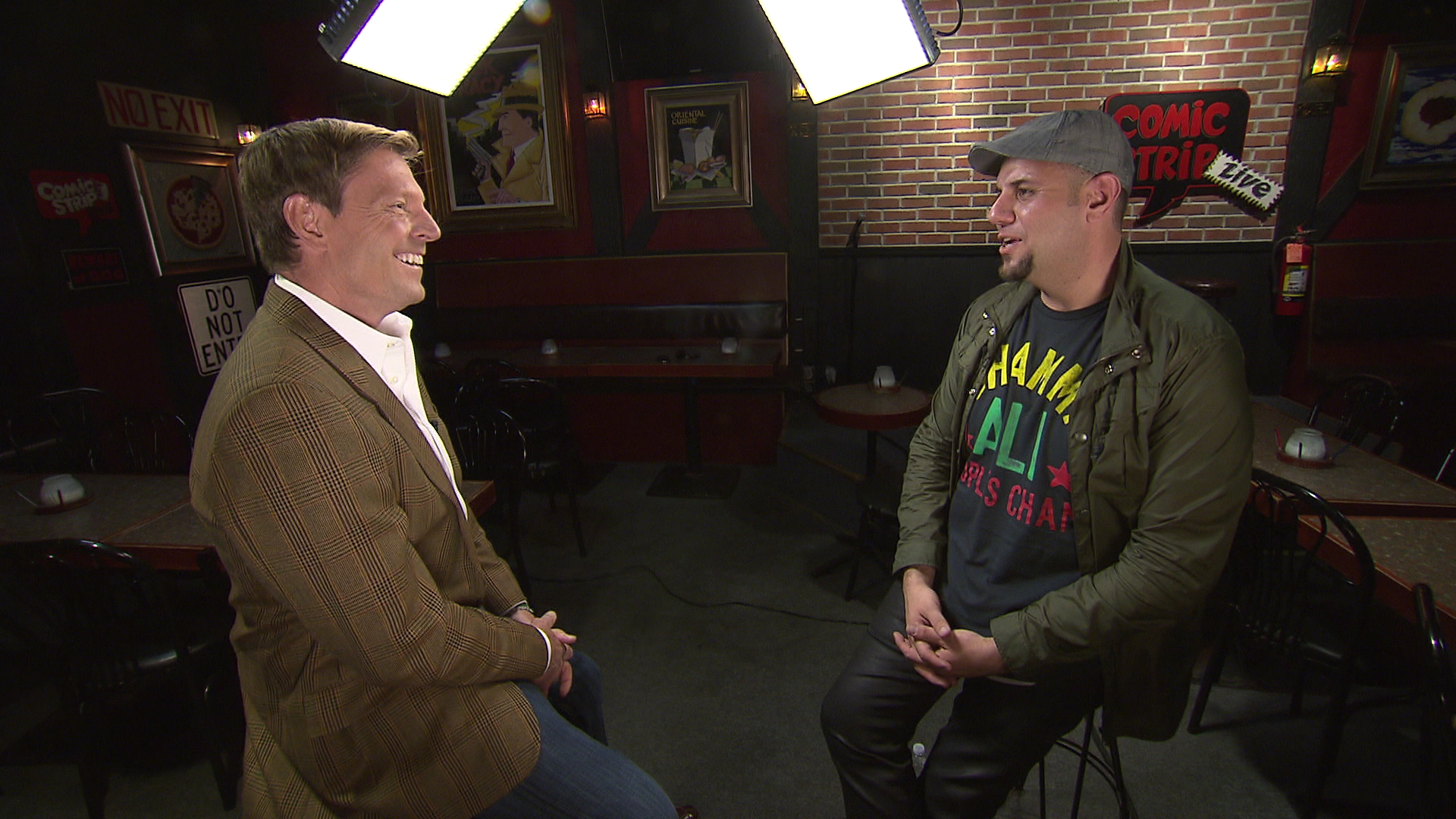 WASHINGTON -- Comedian Mohammed, or "Mo," Amer likes to say he "ticks all the hot boxes" of today's news topics. His name is a dead giveaway to audiences that they're about to get a different perspective.

"Have you or anyone you know been involved with or given funds to any terrorist organizations, Mr. Mohammed?" Amer said to start one of his stand-up routines in Washington, D.C. "I didn't mess around with that question. I said absolutely not. Who says yes? Please tell me one person that says yes. Is this an effective method of capturing terrorists worldwide?!" The crowd burst into applause.

Amer is Muslim, a Kuwaiti-born Palestinian-American. His story began in Kuwait, where was born to Palestinian parents. At the age of 9, Amer and his family had to escape as political refugees during the first Gulf War, and they ended up being in Houston. The transition wasn't what he expected.

"There was a cultural, societal gap," Amer said. "I didn't know how to acclimate. I was here during like a week before Halloween. Freaked me out! I was like, 'Why is everybody dressed this way? What is happening in America today!'"

Amer discovered stand-up comedy at the age of 14 at a Texas rodeo where now-controversial comedian Bill Cosby was headlining. Almost 20 years later, Amer became the first Arab-American to star in his own nationally televised one-hour stand-up special, "Legally Homeless." The show is inspired by his travels without a passport.

"They give you a travel document... like a fake passport," Amer said. "It acts like a passport. It really wants to be a passport, really badly. But it's not, and it only lasts for a year."

Amer's travels took him to more than 30 countries, even to the front lines in Iraq, where he performed in front of American troops.

"I was 30 kilometers from the Iranian border," Amer said. "I was like, 'Man, they could just shoot me, throw me in a ditch somewhere, and nobody would know.'"

In a world plagued by negative stereotypes about Muslims, Amer believes a comic's honesty on stage can offer a fresh perspective.

"Stand-up comedy is an art form that you have to be honest, "Amer said. "You have to be real on stage. You have to share yourself and give them that piece of you. It's not just self-deprecating humor, but it's also talking about what's happening around you."

When asked if the Prophet Mohammed had a sense of humor, Amer said he did.

"He had a great sense of humor," Amer said. "The prophet said, 'My way is the middle way.' So, extreme is not right and be totally seclude is not right.'

"I'm a comedian. My most important goal is to get people laughing and cracking up," Amer said. "If you can get them to laugh and have them think at the same time, then you got something."

The nun who became a trailblazer for girls sports
Thanks for reading CBS NEWS.
Create your free account or log in
for more features.
View CBS News In
CBS News App Open
Chrome Safari Continue
Be the first to know
Get browser notifications for breaking news, live events, and exclusive reporting.