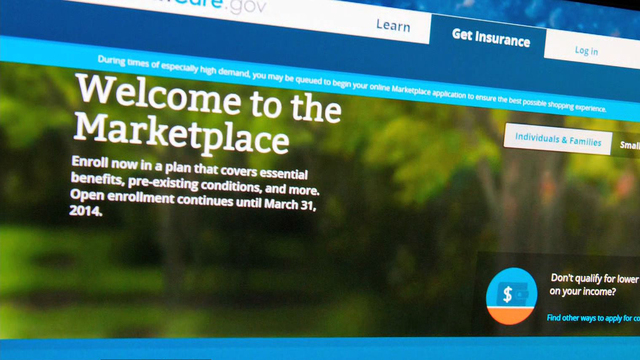 Four years after passage of the Affordable Care Act and less than a year into the implementation of the exchanges, the health care law's popularity is taking a nosedive among Hispanics.

Hispanics are split with 47 percent approving and 47 percent disapproving, according to a new survey by the Pew Research Center. In September, 61 percent of Hispanics approved of the law.

Meanwhile, overall, more Americans disapprove of Obamacare: 53 percent of the 3,335 adults who responded disapprove of the law, while just 41 percent approve - a measure virtually unchanged since last September, before people could purchase coverage on the insurance exchanges.

Still, a majority of the people who disapprove of the law - 30 percent of all people surveyed - say they would like to see politicians work to fix it, rather than working to make it fail. The latter option is preferred by 19 percent of people.

The overall approval numbers may partially be a result of how respondents view the government. Forty-seven percent of those surveyed feel it is the federal government's responsibility to make sure all Americans have health coverage, while 50 percent say it is not.